The Neo-Con ‘West’ and global destruction

Posted by: Bulletin Editor July 31, 2016 Comments Off on The Neo-Con ‘West’ and global destruction

Under the auspices of their imperial “New Middle East” project, the criminals (U.S–led NATO, the Gulf Cooperation Council (GCC), and Israel, are targeting everything that they falsely profess to cherish.

All of the “values” that the politicians falsely parade as important, even sacrosanct, are instrumentalized as false fronts that belie the dark undercurrents dragging humanity towards a barren “New World Order” of globalized degeneracy and despair.

Nation-state self-determination, sovereignty, territorial integrity – all vital components of world peace, prosperity, and democracy are meaningless to the elites, except for their propaganda value.

A meta-national project of top down control, enforced by anonymous elites, controls how we think, feel and live.

Prof. Michel Chossudovsky, author of America’s “War on Terrorism”   identifies the largely hidden “powers” behind the system as

those of the global banks and financial institutions, the military-industrial complex, the oil and energy giants, the biotech and pharmaceutical conglomerates and the powerful media and communications giants, which fabricate the news and overtly influence the course of world.

This real agenda, masked beneath the Big Lies, and the stories told by scripted “politicians”, bares its sanguine teeth, and imposes its dark will with barely a whimper.  There are no “mistakes.”  It’s all by design.

War planners knew full well that the sanctions imposed prior to the invasion of Iraq were targeting children.  They accurately predicted when the plants would fail, and how many lives would be lost.

IT PROBABLY WILL TAKE AT LEAST SIX MONTHS (TO JUNE 1991) BEFORE THE (water treatment) SYSTEM IS FULLY DEGRADED.

“FAILING TO SECURE SUPPLIES WILL RESULT IN A SHORTAGE OF

PURE DRINING WATER FOR MUCH OF THE POPULATION. THIS COULD LEAD

TO INCREASED INCIDENCES, IF NOT EPIDEMICS, OF DISEASE … 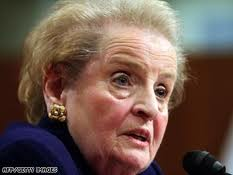 The end result?  Over 500,000 children under the age of five were killed, with intent (murder), in addition to over one million other people, none of whom who had committed a crime.

The “West” regularly targets innocent people, including children, with a view to weakening the morale of countries about to be conquered.  Madeleine Albright infamously intoned that the “price (murdering 500,000 children) … is worth it”, in one of the rare moments when dark truths and media messaging intersect.

War planners also knew that they were supporting al Qaeda ground troops in Libya when they exploited the Responsibility To Protect (R2P) clause to bomb the sovereign state of Libya, to assassinate Muammar Gaddafi, to destroy water infrastructure, to loot, to plunder, to commit genocide, and to set up an ISIS strongehold.  Prior to the invasion, Libya’s standard of living was the highest in Africa. There were no mistakes.

The weapons ratline from Libya to Syria was not a mistake either. The West intentionally funded its terrorist proxies so that they would be well provisioned to invade Syria.  The weaponization and training of its terrorist foot soldiers supplements the terrorists’ now dwindling additional sources of income such as funding from illicit drugs, the plunder of historical Syrian artifacts, the theft of Syrian oil resources, and so on.   All planned by the West.  Again, no mistakes.

Equally degenerate is the fact that the Western intelligence agencies, allied with Wahhabi Saudi Arabia, and Pakistan’s ISIS, perpetuate the degeneracy by raising new recruits into the culture of the un-Islamic, Wahhabi ideology.  Chossudovsky explains that,

In 1979, the largest covert operation in the history of the CIA was launched in Afghanistan: With the active encouragement of the CIA and Pakistan’s ISI, who wanted to turn the Afghan Jihad into a global war waged by all Muslim states against the Soviet Union, some 35,000 Muslim radicals from 40 Islamic countries joined Afghanistan’s fight between 1982 and 1992. Tens of thousands more came to study in Pakistani madrasahs. Eventually, more than 100,000 foreign Muslim radicals were directly influenced by the Afghan jihad.

Just as the CIA, through the Pakistani ISI, creates “radicals” by indoctrinating children in “madrasah” schools, so too ISIS indoctrinates Syrian children in the ways of the degenerate Wahhabi ideology in ISIS occupied areas of Syria.

Samuel Westrop writes in “U.K: Jihadists as Charity Workers”,  that

ISIS has supplemented its violence with dawa’h programs – a system of social provision, or ‘soft-power outreach’ – in areas under its control. A key component of this dawa’h … is providing educational outreach initiatives ‘as part of its wider strategy to foster a new generation of Syrians in support of its ideological agenda.’

The cancer of this un-islamic ideology is intentionally promoted in occupied areas of secular, pluralist, democratic Syria with a view to “weaponizing” children, and to destroying the country with an internalized cancer of Wahhabism and violence.

None of this is accidental.  All of it is the fruit of considerable forethought and pre-planning by the imperial “West”, its allies, and their intelligence agencies.

Whereas the West proclaims that it is spreading democracy, it is spreading terrorism, Wahhabism, death and destruction on each and every one of its pre-planned imperial invasions.

Syria’s stand against the Western agencies of death and destruction is a stand for all of humanity against the dark forces that fester beneath our politician’s empty words and the courtesan media’s toxic lies. 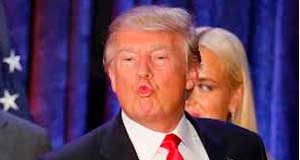