Posted by: Bulletin News December 21, 2018 Comments Off on Bruce Bell: Christmas at a Victorian Toronto market 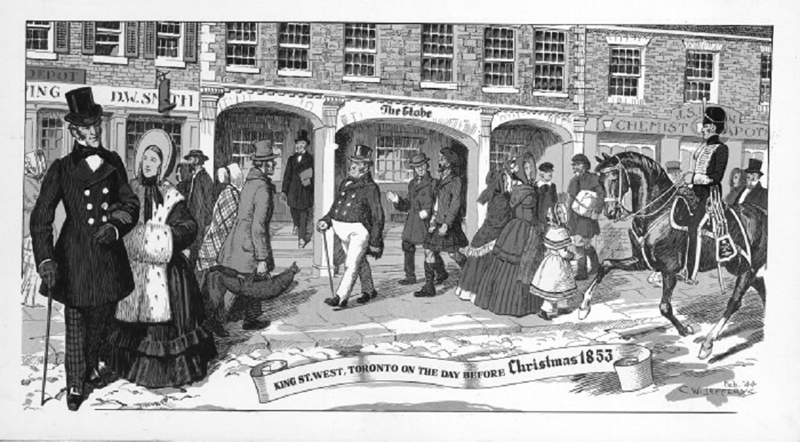 The Christmas season in 19th century Victorian Toronto centred in and around St. Lawrence Market which back then was housed in a glorious structure on the northwest corner of Front and Jarvis.That market (the third of five to stand there with a 6th about to be built) was constructed alongside St. Lawrence Hall after the great fire of 1849 and was demolished in 1900 at the same time o

In 1884 a local newspaper published an article about Christmas at St. Lawrence Market which then had its main entrance through St. Lawrence Hall …

‘The best time to visit St. Lawrence Market is at Christmas time when the huge beef carcasses, rich with fat hang side-by-side ,some of the finest labelled with the name of some hotel proprietor or prominent citizen who may have purchased that splendid provision for the Christmas feast.

Huge deer suspended from the rafters antlers still attached next to a black bear in plump condition.  Pigs, wild turkey, swan, prairie chicken, grouse, and partridge all await the Christmas feast. Brilliantly illuminated and brightly decorated the St. Lawrence Market is undeniably one of the things worthy of being seen in Toronto during the C hristmas Holidays’ 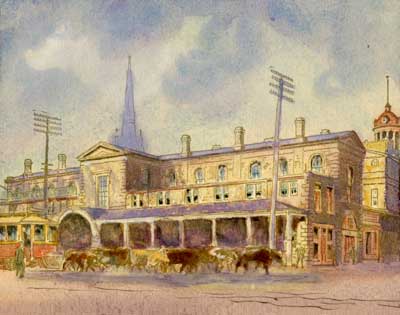 dated December 25, 1800 tells us: Went to church. Had for supper, soup, roast beef, boiled Pork, turkey, plum pudding and mince pies.  We had supper for the first time in my remembrance and I came to bed at 12.  It was a fine day.
As the city grew Victorian Torontonians started looking for a little more excitement and fun and they got it the first season the new market opened.

The new market became the Eaton Centre of its day, a hub of activity that exploded with glittering treasures at Christmas.

However unlike the spectacular Christmas decorations our shopping malls have today they are just an imitation of the real thing that the market had in the mid-19th century as there was nothing artificial about Christmas back then.

The very rich who lived in the great estates above Davenport Road celebrated Christmas by decorating their homes throughout with aromatic fir, pine, and cedar bows, holly branches tied with red ribbons and candle lit Christmas trees. 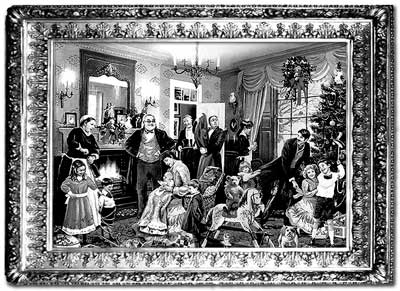 Conversely Christmas for the poor and destitute of Victorian Toronto was right out of Charles Dickens.

Standing outside the market and dressed in rags with rolled up newspaper for shoes the starving orphaned children of 19th century Toronto some as young as 4 and 5 years old who for the most part were left to their own devices held out their hands as if testing the faith of those who past them by.

Here too just like in Dickens’s London were some horrific workhouses, orphanages and prisons filled with children.

In the middle of this dreadfulness there was one bright spot: the News Boys Home that once stood on the northeast corner of Front and Frederick.

It was once the home of George W Allan who donated his 2 story brick home to house homeless boys and as a result bringing a glimm
er of hope and joy to hundreds of destitute orphans.

It’s hard for any of us who live in a western society to imagine just how horrific life was for children who lived on the streets of 19th century Toronto, shoeless, motherless, and hopeless with the majority being boys as abandoned girls were often taken in by the church. 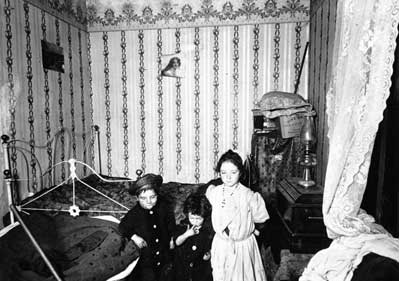 There were no public safety nets back then, no welfare, no city housing, no food banks, no government pensions, and probably worst of all no agencies to care for abandoned and abused children often the victims of predatory pedophiles.

Although the founding of the Children’s Aids Society would still be years away life for the street children of Toronto started to get better with the opening of the Newsboys Home.

Some of these children never knew a Christmas until George Allan came along providing them with their first Christmas goose and pieces of chocolate.

Yet for the emerging middle-class Christmas was pretty much as it is today, with family and friends enjoying a sumptuous meal and children anticipating that special toy.

Of course all you have to do is visit St. Lawrence Market this Christmas season to get a feel for what is must have been like 150 years ago with all the hustle, the bustle, that sense of excitement still in the air minus the jarring, medieval sight of deer hanging from the rafters. However it’s not the building, picturesque or grim, resplendent with decorations real or fake, that makes Christmas special but the spirit of the people inside.