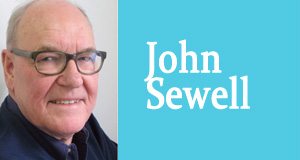 This Bulletin is published by the Toronto Police Accountability Coalition (TPAC), a group of individuals and organizations in Toronto interested in police policies and procedures, and in making police more accountable to the community they are committed to serving. Our website is http://www.tpac.ca
***
In this Bulletin:
1. Safer Ontario Act hearings
2. Toronto police and serial murders
3. Fake police news
4. Police Association pushes for more officers
5. Community forums on Tulloch reforms to police review agencies
***

The Justice Committee of the Ontario Legislature is holding hearings on the Safer Ontario Act bill, on February 22 and March 3. The committee has yet to say who will be permitted to address the committee.
The bill mostly focuses on improvements recommended by Mr. Justice Tulloch to the various agencies which review police activities. TPAC’s brief focuses on issues about how police are managed on the assumption that if police are managed in a more professional manner then the likelihood of errant police behavior will be reduced.
TPAC’s brief proposes that the functions of police services boards be made clearer and more explicit; that the power of the board to establish and enforce operating policies be clarified; that the number of board members  be expanded to permit greater diversity and more debate. The brief also proposes that the functions of police officers be clarified to reflect what police really do; that the relationship between police and other social agencies and private policing be stated up front.
TPAC’s brief may be found at http://tpac.ca/show_issues.cfm?id=194

As has been widely discussed, questions have been raised about how Toronto police have responded to the number of missing men in the city’s LGBQT community. For many years when men in that community went missing police seemed to do little to investigate what had happened. Now the police have charged one man with five murders.
But as a representative of the Alliance for South Asian AIDS Prevention has noted, it was not until there was a focus on the disappearance of a white man, Andrew Kinsman, that the police seemed to swing into action. Of the five murdered men, four are people of colour.  See
https://www.thestar.com/news/crime/2018/01/31/lgbtq-community-wonders-why-serial-killer-arrest-took-so-long.html
Some are saying that the apparent inattention by the Toronto police when members of a minority group goes missing is not much different than in Vancouver, when many sex workers and Indigenous women disappeared and only later did the police put the resources into these cases to find that Robert Picton has responsible for several dozen murders of sex workers.
In December, Chief Saunders said the polcie would be reviewing procedures in missing persons cases. The terms of reference for that review ere not released. The thought that five missing men were murdered raises serious questions about police procedures.
Were race and sexual orientation factors in the actions of the Toronto police? We need an independent investigation to look into this whoe issue and to propose how we can ensure police do not discriminate in similar cases in the future.

Toronto has had too many recent media events which have proven to be without veracity.
Police teamed up with the family of a young girl who claimed that someone had tried to cut off her hijab. The case received attention across the country, with many senior politicians jumping in to say this was not Canadian. But it turned out the event had never happened.
Then police announced it had found an abandoned baby outside in cold weather. Police later announced they had been mistaken – the mother was nearby and attentive to her baby.
Meanwhile, police officers let it be known that the police service thought that the death of prominent businessman Barry Sherman and his wife Honey was the result of a murder/suicide. Family and friends immediately said that was most unlikely and after several weeks of further investigation, police announced that the deaths were the result of targeted killings.
There’s clearly a communication problem in the Toronto police service. The service has cut the media out of the information loop by encrypting the police radio – for many years the media listened in on the radio to be able to attend to police activities – and instead said it would tell the world what was important in policing. Recently the police service has started its own daily three minute show, see   https://tpsnews.ca/ .
Maybe the police need a rethink of how and what they are communicating.

Clearly not satisfied with the Police Service Board’s decision to hire 80 new officers last fall – after the Board had put a three year freeze on hiring new officers – the Toronto Police Association has begun a new public campaign to frighten the public into thinking there are not enough officers available to ensure public safety. Billboards have been erected, and full page advertisements have been placed in newspapers with photos of smiling Mayor John Tory, Police Service Board chair Andy Pringle, and Chief Mark Saunders with the slogan `These guys are putting your safety on hold.’ The ad claims that if you phone 911 you will be put on hold – although that has been the occasional case for the past four or five years.
The Association has established a web site, stopthetorontopolicecuts.ca. Mayor Tory says it is propaganda. TPAC has argued that there are plenty of officers, they are simply on duty at times when they are not needed – see Bulletin No. 105 – and that the Association should agree to immediately amend the sections of the collective agreement which require two officers in a car during the nighttime hours, as well as the shift schedule which requires the same number of officer son duty eveyr minute of the 24 hour day.

Having filed his report on the police review mechanisms last fall, Mr. Justice Tulloch is now reviewing the content of the Regulations and assessing whether police officers, chiefs of police and police services boards are complying with it, and “whether Regulation 58/16 reflects the important goal of ensuring that police-public interactions are consistent, bias-free and done in a way that promotes public confidence and protects human rights.”
Three Toronto public consultation meetings will be held, all at 6pm-8pm at the following locations:
–  Jamaican Canadian Association located at 995 Arrow Rd in North York on February 22, 2018
–  Toronto Reference Library (Beeton Hall) located at 789 Yonge Street in downtown Toronto on February 28, 2018
–  Tropicana Community Services (Community Room) located at 1385 Huntingwood Drive in Scarborough on March 6, 2018.
For more information, see www.streetchecksreview.ca .

To subscribe or unsubscribe to this Bulletin, please send a note to info@tpac.ca with the instructions in the subject line or in the text of the message. Our e-mail list is confidential and will not be made available to others. There is no charge for the Bulletin. Our website is http://www.tpac.ca.
2018-02-07
Bulletin Editor
Previous: Ontario and Canadian ‘cool foods’ website
Next: Toronto hoists Canadian Olympic flag