TISH is a three-day festival, in its fourth year. The festival runs from Friday April 5 – Sunday, April 7, 2019. The aim is to showcase the best genre films from around the World from new filmmakers and seasoned veterans. The focus is on new voices and creativity over big budgets. In addition to dedicated short film blocks, the festival schedules each feature with short films and a genre appropriate music video at the beginning to set the mood.

Genre Films All Year Round

The festival began in 2016. It was founded by film aficionados Lari Teräs and Jon Lewis.

They wanted to make genre films widely available in the spring, as well. Toronto International Spring of Horror and Fantasy was born. Over the past few years, TISH has developed into a growing community of filmmakers and film fans.

This year’s schedule includes 10 features films, 24 short films, and 9 music videos from the U.S, Canada, China, Italy, Japan, Norway, Spain, Finland, the U.K, Austria, Poland, Australia, Ukraine, Korea, and Reunion. The full festival schedule and film details can be found at www.springofhorror.com. The trailer for the festival can be found at https://youtu.be/R9R5ODSN4vc. 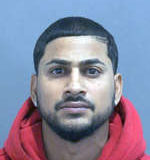