The Ontario Chamber of Commerce has spent the last few years predicting that rising electricity prices would doom the province’s businesses and drive its economy into the ditch.dangerous nuke

So it is a bit puzzling that the Chamber, in a piece of “research” sponsored by Ontario Power Generation (OPG), favours keeping a dangerous nuke with the highest operating costs in North America running until 2024 instead of importing low-cost water power from Quebec.

Chamber of Commerce wants to have it both ways

The Chamber sees a potential business bonanza in the billions of dollars that OPG intends to spend on rebuilding old reactors. Which is great if you are a supplier of nuclear components.  But the Chamber seems to have forgotten about its many other members who will be left paying for over-priced electricity from old reactors under its new plan.dangerous nuke

In fact, the Chamber studiously ignores the cost difference between power from Quebec (5 cents per kWh) and power from Pickering (9.2 cents per kWh) in its report.  It never stops to ask whether the vast majority of Ontario businesses (and residents) will be better off with a nuclear spending spree or with lower power costs.

We’ve outlined the real benefits of closing Pickering when its licence expires this summer in a short factsheet.  It is straight and to the point – and filled with facts, like the fact that by closing Pickering we can save electricity consumers $1.1 billion per year, create 32,000 person years of employment and return most of the station’s site to the local community by 2032.  And it is not sponsored by a nuclear power company.

The Toronto Star has launched an online poll in response to the Chamber’s contradictory call for subsidizing nuclear.  It’s time for those without a vested interest in nuclear power to have a say – vote now. 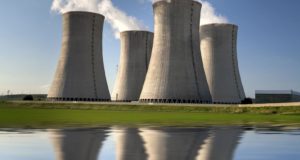 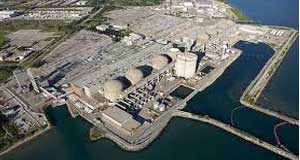