Posted by: Bulletin Editor April 3, 2018 Comments Off on City: ‘Lead levels down in Toronto tap water’

The City of Toronto’s targeted testing of tap water lead in 2017 indicates significantly lower lead levels, a result of a Corrosion Control Plan implemented from 2009 to 2017. Now that the city has fully implemented corrosion control, it has resumed the regulated tap water lead testing of properties known or suspected of having lead pipes as required by the Ontario Ministry of Environment and Climate Change.

The 2017 tap water lead test results show significantly lower lead levels compared with previous years. Of the 55 homes and businesses tested, two per cent of samples exceeded 10 parts per billion (ppb) and no samples in the water distribution system exceeded 10 ppb. This contrasts with 2008, when 100 homes and businesses were tested and 52 per cent of the samples exceeded 10 ppb. In Ontario, the maximum allowable concentration of lead in drinking water is 10 ppb.

“The implementation of corrosion control at Toronto’s four water treatment plants has been completed and we are cautiously optimistic that we will continue to see a reduction in lead levels,” said William Fernandes, Director of Water Treatment and Supply at Toronto Water.

“Toronto Public Health worked closely with Toronto Water on the implementation of this initiative. We are pleased with the results that show a decrease in lead in water from homes with pipes and other plumbing materials containing lead,” said Dr. Eileen de Villa, Toronto’s Medical Officer of Health.

Water produced at the City’s water treatment plants does not contain lead. Lead can be found in water service pipes in homes built before the mid-1950s, in solder used to join pipes together before 1990, and in leaded-brass fixtures, such as faucets and valves. As these items corrode and break down, lead can enter drinking water. Apartment and other buildings with more than six units do not have underground lead water services regardless of age. Lead is too soft to handle the pressure needed for these types of buildings.

The City began implementing corrosion control in 2014, which involves adding phosphate to the drinking water system at the water treatment plants. This forms a protective coating on pipes and household plumbing fixtures, which helps to reduce the potential for lead to enter tap water. Lead can affect how the brain and nervous system grow. According to Toronto Public Health, those most at risk from lead include pregnant women, infants (in particular those who are fed formula made from tap water), and children under the age of six.

Corrosion control is just one strategy the City is using to reduce lead. It is also replacing lead water services on the public side through scheduled capital projects, emergency work and the Priority Lead Service Replacement Program. More information is available at https://www.toronto.ca/services-payments/water-environment/tap-water-in-toronto/lead-drinking-water/.

A Backgrounder follows and is also available online at https://bit.ly/2GygUjg.

This news release is available online at https://bit.ly/2GzT7iQ.

Toronto is Canada’s largest city, the fourth largest in North America, and home to a diverse population of about 2.8 million people. It is a global centre for business, finance, arts and culture and is consistently ranked one of the world’s most livable cities. For information on non-emergency City services and programs, Toronto residents, businesses and visitors can visit http://www.toronto.ca, call 311, 24 hours a day, 7 days a week, or follow us on Twitter at http://www.twitter.com/TorontoComms, on Instagram at http://www.instagram.com/cityofto or on Facebook at http://www.facebook.com/cityofto.

Backgrounder- City of Toronto’s Lead Mitigation Strategy
Regulated lead testing program
• In 2007, the Ontario Ministry of Environment and Climate Change (MOECC), under the Safe Drinking Water Act, implemented a Regulated Lead Testing Program for Ontario municipalities where fewer than 10 per cent of samples could exceed 10 parts per billion (ppb) in order to be in compliance.

• As a result of the exceedances, the MOECC mandated the City of Toronto to create a Corrosion Control Plan. More information about that plan is available at http://ow.ly/Nukt30jdQ5D.

• From 2009 to 2017, during corrosion control planning and implementation, the MOECC did not require the City to collect and analyze regulated water samples from homes or businesses.

• In 2017, the Corrosion Control Plan was fully implemented in the drinking water system and the MOECC-regulated lead testing resumed and is required annually.

• The results are available on the City’s website at http://www.toronto.ca/water.

Corrosion control
• Corrosion control involves adding phosphate to the drinking water system to form a protective coating on pipes and household plumbing fixtures, which helps to reduce the potential for lead to enter tap water.

• Corrosion control, mandated and approved by the MOECC under the Safe Drinking Water Act, was adopted by City Council, and is supported and endorsed by Toronto Public Health as a safe way to reduce the amount of lead in tap water and reduce the associated health risks.

• It costs approximately $3 million annually to add phosphate to the drinking water system and remove excess phosphate from treated wastewater before it is released into the lake.

• The City of Toronto is continually evaluating the effectiveness of corrosion control and is adjusting the phosphate dose accordingly. The phosphate used at the City’s water treatment plants is a food grade additive derived from a natural source of mineral rock. It has no impact on the taste or odour of the drinking water. 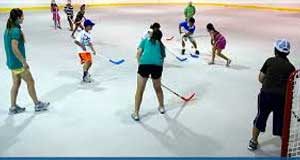 City of Toronto Historic Sites events up to September 21