Posted by: Bulletin Editor November 27, 2016 Comments Off on Does modern progressivism have a fatal flaw?

A large portion of voters in the U.S. and elsewhere are rejecting the progressive agenda, prompting a major rethink: is there a flaw in modern progressivism?

The electoral victory of Donald Trump sent shock waves around the world. How, people wonder, could the U.S. electorate prefer The Donald, with all his defects, over Hillary Clinton, an experienced politician, feminist and champion of the modern progressive agenda? 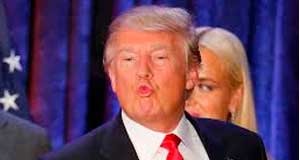 Progressivism originated in the late 17th and early 18th centuries, during the Enlightenment. English philosopher John Locke defined progress as the social application of reason. Like many of his age, he saw progress as a movement away from barbarism towards civilization.

During the 20th century, progressives worked tirelessly to reform society, expanding the political, economic and social rights of the disenfranchised majority. That included empowering women, most working class men and minorities.

Progressives championed the underdog, campaigning to eliminate what they saw as irrational discrimination on the basis of gender, religion, ethnicity and—more recently—sexual orientation.

Equality and social justice were the clarion calls; these moral certainties provided progressives with a strong sense of righteousness and historical mission.

Although it’s clear that the complaining individual (viewing pictures later on Facebook) felt “sick to her stomach,” it would be very unusual if these smiling young millennials held serious racist views. Seems progressivism has lost not only its rational foundations but its sense of humour as well.

None of this is entirely new. Even during the Enlightenment, there were versions of progressivism.

One, in the Lockean tradition, championed western civilization and sought, using reason and logic, to raise others to its standard.

However, another darker version of progressivism emerged from the pen of Jean-Jacques Rousseau. It all started from the “state of nature” debate and Rousseau’s famous notion: “Man is born free, but everywhere he is in chains.”

For Romantics, liberty is the natural condition of humanity in the absence of restraint. Therefore inequality, where it exists, must, by definition, result from implicit or explicit oppression.

In the Romantic version of progressivism, western society is not the model of liberty for others to emulate but the oppressor of humankind’s “natural” liberty. Far from being rational and optimistic, progressives of this school are driven by powerful emotions and are riddled with existential guilt.

Slowly, over the past half century, progressivism has transformed from its Lockean tradition to a Rousseau-inspired version of neo-Romanticism. Modern progressives have become increasingly negative toward the majority culture, seeing within it the seeds of inequality and racial, gender and cultural hatred.

The rise of identity politics is the logical consequence of this new progressivism. Identity politics is a philosophy that starts from the premise that ethical goodness resides within identifiable groups facing systemic discrimination based on race, gender, ethnicity, nationality, sexual orientation, disability, religion or culture.

While many progressives in majority cultures favour reforms to eliminate irrationality, discrimination and racism in society, they are turning away from a progressive creed that blames them for all the evils in our increasingly complicated multi-ethnic societies.

Indeed, it’s clear from the recent success of the Trump campaign that the majority culture no longer sees itself as the model society into which minorities might wish to join, but as a disadvantaged group of their own.

What’s emerging is a “white”-identify group that is defining itself as a separate, oppressed and increasingly disadvantaged nation. And, echoing the politics of identity, it’s focusing on petty grievances and championing its own narrow interests at the expense of the greater good.

So is there a fatal flaw in modern progressivism?

Yes. Whatever its shortcomings, western society has been a vehicle for reform and human advancement. Regrettably, Trump has been the beneficiary of a growing moral outrage that could change the course of history, unless progressives rediscover both their rationality and their mojo.

Previous: Choice between spiritual life and spiritual death
Next: The cross-border battle for brains begins