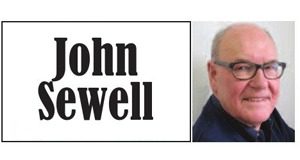 Three o’clock in the morning in Downtown Toronto. The streets are almost deserted.

A car comes to an intersection and turns the corner without signalling. A cop car is parked nearby and approaches to pull the car over. The driver obviously is frightened—there are four other teenagers in the car, and one of them is smoking dope—and the driver pulls away quickly. The police car speeds up and the chase is on, quickly reaching 80, 90 and 100 kilometres an hour. As the chase heads up Bay Street a second police car joins in.

Suddenly another car pulls out at Wellington. A frightening crash ends the chase. Three people have life threatening injuries. Another three are hurt but not too badly. A fifth starts to run away.

Is that what happened on Sunday morning March 21? We don’t know the exact details of why the police decided to chase the car or why the driver decided not to stop. The above details are pure speculation.

But we do know there was a police chase on Downtown streets at high speed and an extraordinary crash.

The Special Investigations Unit (SIU) which must be called by police to investigate any incident involving police and serious injury, will report in several weeks or months on what it has learned about the incident. It will recommend (as it almost always does) that no criminal charges will be laid against police.

Police chases are dangerous. Ontario data shows that one chase in five ends in injury or death. Chases ending in damage to a vehicle are more frequent. A small part of the danger is caught in provincial regulation 266/10 under the Police Services Act which requires authorization for chases by a manager and says, “A police officer shall, before initiating a suspect apprehension pursuit, determine whether in order to protect public safety the immediate need to apprehend an individual in the fleeing motor vehicle or the need to identify the fleeing motor vehicle or an individual in the fleeing motor vehicle outweighs the risk to public safety that may result from the pursuit.”

And did the officers involved—it being after dark in Toronto, the rule is that there were two officers in each car—make that assessment of risk? What about the internal directive that chases should not happen Downtown? Maybe adrenaline took over the ability of officers to make a rational decision, as it often does.

We will see if the SIU reports on adherence to the regulation. The SIU’s mandate is not to look at the reasonableness of what the police did, but only if there was criminal intent.

Since the SIU only deals with criminality, then unreasonable police actions are never called to account. In fact when the SIU says, “No charges will be laid,” the police pretend they are blameless and that’s often not true.

Given how easy it is to identify and trace vehicles, a chase for identification is not a good enough reason for police to undertake a dangerous chase. A chase should only be undertaken if it is clear the driver is posing a danger to him/herself, or to others. There’s a police chase every second day in Toronto, and half start because an officer thinks the Highway Traffic Act has been violated—a lane change or a turn without signalling, a light on the car out, or whatever. That’s a pretty thin reason to do something involving such a high risk of injury and damage.

As a former mayor, and as someone who suffered from cancer (and happily is in remission), I feel it my duty to pay my respects to former mayor Rob Ford who died recently of cancer at age 46. I am willing to put aside my deep political differences in the face of death, untimely death, which we all must endure.

* * *
John Sewell is a former Mayor of Toronto.

His most recent book is How We Changed Toronto: The inside story of 12 creative, tumultuous years in civic life, 1969—1980.