The perils of potholes in Ontario

Posted by: Bulletin Editor March 11, 2016 Comments Off on The perils of potholes in Ontario

A record breaking milder than usual winter and a rapid springtime thaw means potholes are appearing faster and earlier than expected. Appearing as if by magic on your daily commute the dreaded pothole is the nasty surprise that a fading winter leaves behind.

Drivers know when they’ve hit a pothole. The thumping sensation and jarring noise is unmistakeable. While hitting a pothole can damage tires, wheels, and suspension the damage can be much more severe, including injury and, in some cases, death. Potholes also present a much bigger danger for motorcyclists, pedestrians and cyclists.

From potholes to ice and snow, and overall bad road conditions, the question is: who is liable for bad roads in Ontario? Ontario’s provincial Ministry of Transportation (“MTO”) and local municipalities have a duty to keep the roads under their jurisdiction in a reasonable state of repair and have a legal duty to take reasonable steps to keep their roads free of hazardous conditions.

A regulation to the Municipal Act (Minimum Maintenance Standards Regulation), designed to restrict claims against municipalities, deems a pothole on municipal roads to be in repair if it is less than 8 cm. deep and 1,000 cm. square in surface area on a city street that carries over 10,000 vehicles a day. This regulation puts road users at risk.

The legal duty of MTO and municipalities does not mean that roads must always be kept in a perfect condition. That would be impossible. However, employees responsible for maintaining roadways have timelines that they must meet in order to avoid legal liability. The timelines demand that the busiest roads with the highest posted speed limits be treated with priority.

If the MTO or a municipality fails to maintain a road within the expected timeline and someone is injured in a crash caused by bad road conditions, the courts sometimes hold the MTO or the municipality liable.If you see a pothole, you should report it when it is safe to do so. If your vehicle is damaged or you are injured by a pothole you will need to (safely) take pictures and measurements. In the case of pothole damage or injury you are obliged to file a claim within 10 days of the incident. 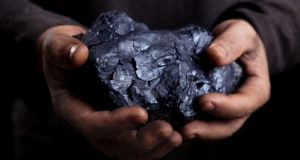