Posted by: Bulletin Editor January 19, 2017 Comments Off on Coal shutdown made Ontarians healthier

One. That’s the number of smog days Ontario has experienced since the last piece of coal was burned for electricity in 2014.

Let’s compare that to 2005, when residents of the Greater Toronto Area suffered through 53 smog days while coal, with its toxic emissions, provided 19 per cent of the province’s power.

From this fact alone, it’s obvious shutting Ontario’s coal plants has helped clean the province’s air and given a new lease on life to millions who suffer with asthma. Just a few years ago, people of all ages became prisoners in their own homes on hot summer days. They feared for their health when smothering, polluted air descended upon their city. Today, they enjoy a better quality of life outdoors with a much lower risk of an asthma attack or a trip to the emergency room.

Despite what the Fraser Institute said in a report earlier this week, Ontario is indisputably a healthier place to live, work and play since coal was phased out. In fact, this positive action by the provincial government has resulted in an 87 per cent reduction in greenhouse gas emissions from the electricity sector when compared to 2005. From the Ontario Ministry of Energy’s report on The End of Coal (2015), other air pollutants such as nitrogen oxides, sulphur oxides, and mercury emissions have also seen major reductions, further decreasing incidences of asthma exacerbations related to air quality.

The province has managed to reduce these toxins from our air while maintaining the reliability of our electricity sector through the increased use of carbon-free options such as nuclear, hydroelectric and renewables, which are supported by natural gas. The fact remains, Ontario cities have not been enveloped in smog on hot summer days since coal was eliminated.

How can such an obvious improvement in air quality simply be discounted? Clean air is vital to the health of all Canadians. The Asthma Society of Canada works with hundreds of people who have been rushed to the emergency room, admitted to hospital, been treated for illnesses, visited their doctor and, unfortunately, even died during times of heavily polluted air, most often in the form of summer smog. This places an incredible drain on the health care system, while the emotional impacts on asthma and allergy sufferers and their families is incalculable. Since coal was phased out in Ontario, the quality of life for millions of people who live with asthma and allergies has increased exponentially.

The Government of Ontario did the right thing when it shut down its coal-fired electricity plants. The one summer smog day since, as well as the improved health of the people who used to fight for breath on those hot days, is proof enough. We are encouraged to see a commitment to the phase out of coal being adopted across the country so all Canadians can breathe easy.

— Vanessa Foran is the President and CEO of the Asthma Society of Canada, which is dedicated to helping Canadians live with asthma through research and education. Learn more at www.asthma.ca. 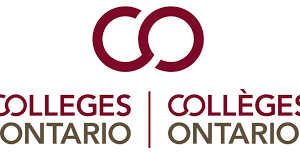