You know the holidays are approaching when The St. Michael’s Choir School announces its traditional Christmas concerts at Massey Hall, and this year is no exception!

However, the 270 voices have a special gift for music lovers attending the December 3 and December 4 shows at the venue: the addition of alumnus singer Matt Dusk and alumnus conductor Vincent Cheng, as well as True North Brass to the festivities, for a musically rich program featuring some of the season’s most beloved musical works.

Multi-Platinum, two-time Juno nominee Matt Dusk, Class of 1997, invited St. Michael’s Choir School to join him on his new album Old School Yule! for a track, and the SMCS returned the favour, inviting the distinctive jazz crooner to join them onstage at Massey to sing a few festive favourites in 2016.

Vocal Horizons Chamber choir founder Vincent Cheng, Class of 1999, has conducted the Toronto Philharmonia, for which he has also served as chorusmaster and orchestral pianist. Recently commissioned as a composer/arranger for one of his works by the Motus O Dance Company, Cheng has engineered and produced the recent Vocal Horizons album Rhapsody In White.

The St. Michael’s Choir School 2016 concerts – the 51st year they’re being held at Massey Hall – are set for Saturday, December 3 and Sunday December 4, both at 3 p.m.

Along with Vincent Cheng, Dr. Jerzy Cichocki, Maria Conkey and Teri Dunn will be conducting the St. Michael’s Choir School’s 270 voices, with the performance repertoire including “Snow Angel” by Sarah Quartel; John Rutter’s arrangement of “In dulci jubilo;” the Bing Crosby and David Bowie duet arrangement of “Peace On Earth/Little Drummer Boy;” and the Caldwell and Ivory arrangement of the fun spiritual “Go Where I Send Thee.” 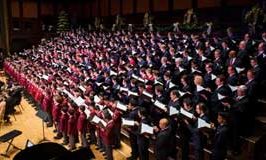 Founded in 1937 with the purpose of providing sacred music for services at St. Michael’s Cathedral in downtown Toronto, St. Michael’s Choir School is a centre for musical and academic excellence. It is one of only six choir schools in the world affiliated with the Pontifical Institute of Sacred Music in Rome. Each student admitted to the Choir School is trained in vocal, technical and instrumental music, and sings in at least one of the school’s choirs. In addition to the annual Christmas concert, the choirs tour regularly and perform at many local events.

Balancing the sacred and the secular is customary for the school. St. Michael’s Choir School is not only famous for its music program, but also is known for its academic achievement, consistently ranking at the top of Fraser Institute surveys. For 75 years, graduates of the Choir School have pursued studies in science, education, medicine, law, business, and, of course, music. In the last group are the Crew Cuts and Four Lads of the 1950s and present-day musical artists Michael Colvin, Stewart Goodyear, Kevin Hearn (Barenaked Ladies), John McDermott, Claude Morrison (The Nylons), Robert Pomakov, Michael Schade, and the late Michael Burgess. 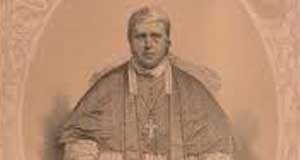