Posted by: Bulletin Staff June 15, 2017 Comments Off on Shim joins Waterfront Toronto board 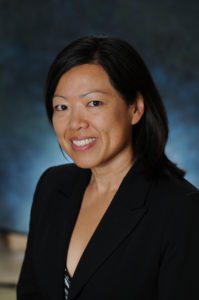 The Honourable Amarjeet Sohi, Minister of Infrastructure and Communities, announced the appointment of a new federal representative to the Waterfront Toronto board of directors in early June.

Jeanhy Shim has been appointed as a member of the board for a three year period.

Shim has several years of experience providing strategic advice and innovative solutions for the real estate development industry. She has worked as a vice president and as a consultant on over 100 major residential projects across Toronto as well as other projects in Ontario, Canada and the United States. She is currently the president of Housing Lab Toronto, an independent housing research and consulting company that engages with people who live in the city, and connects them with those who build it. She is also associate director at the Brookfield Centre in Real Estate & Infrastructure at the Schulich School of Business. Read Shim’s full biography here.

“With [Shim’s] leadership and expertise on city building and the real estate development industry in the Toronto area, she will have an important contribution to the Toronto Waterfront board,” said Sohi. “The Toronto Waterfront initiative is revitalizing Toronto’s waterfront into a beautiful, vibrant place where Canadians want to live, work, and play. We are proud of the leadership, talent and expertise that federal representatives bring to this initiative, while working together with provincial and municipal board members.”

In spring 2016, Infrastructure Canada launched a successful application process to find experienced, engaged and enthusiastic members of the public to serve on the Waterfront Toronto Board. The selection process was open, transparent, merit-based, and reflected the diversity of Canada’s population. From December 2016 to January 2017, three federal members were appointed to the board of directors through this process.

Infrastructure Canada also thanked David Johnson for his significant contributions to Waterfront Toronto as a member of the board since 2008. Throughout his term, Johnson provided dedicated leadership to support the transformation of Toronto’s waterfront area into beautiful, dynamic and sustainable public spaces.

Become a patron of local news by sponsoring articles like this one. Patronage—at any level—allows us to hire writers and cover as many Downtown Toronto stories as possible. Patrons may opt to take credit for an article to let others know that they support community media. Email us at info@thebulletin.ca or call (416) 929-0011 for more information. Thank you!
Jeanhy Shim waterfront Waterfront Toronto 2017-06-15
Bulletin Staff

Previous: Newbie cyclists get (their tires) pumped for City 101 tour
Next: Discomfort with death & grief a modern ailment