Posted by: Bulletin Editor June 16, 2017 Comments Off on Discomfort with death & grief a modern ailment

There’s an old story sometimes shared during eulogies about an elderly women planning her funeral.

“Bury me with a fork,” she tells her minister.

She explains that as a child, when the dishes were cleared from the table, the forks were occasionally left behind. She came to learn that when the forks remained on the table, a sweet dessert was to follow.

“Bury me with a fork because something better is coming.”

Modern western society is uncomfortable talking about death. This discomfort is on display in a recent survey by the Angus Reid Institute and Cardus aimed at exploring faith in Canada.

About 60% of Canadians surveyed believe in some form of life after death. There’s no consensus on what form that takes. About 55% believe actions in this life have consequences in the life to come, with 57% professing belief in heaven and a minority at 41% stating they believe in hell.

The declining presence of religion in public life is surely a contributing factor in our inability to find common language around death, in what is a community experience.

Author and journalist Jonathan Kay makes this point in a recent column, noting that the once commonly held idea of an afterlife made grieving tolerable. Kay considers the wide range of public reactions to catastrophe in a secular age where God is no longer welcome at the public podium. He confides that after a recent loss in his own social circle, “I realized that I hadn’t the slightest idea how to talk to my children—or anyone—about death.”

This summer marks the 20th anniversary of Princess Diana’s death. Among the ocean of flowers that pressed against the gates of Kensington Palace, mourners left accompanying notes and cards providing the equivalent of a core sample of the soul of the nation. Biblical scholar and former Anglican bishop of Durham, N.T. Wright, summarized the sentiments as “a rich confusion of belief, half belief, sentiment and superstition about the fate of the dead.”

Faced with death, religious communities embody a narrative of hope displayed through corporate rituals and acts of support that are instinctual in compassionate communities. The presence of religious communities also matter beyond the moments of tragedy and public grief, Wright reminds us. Philosophers from Plato forward understood that what we believe about death shapes how we live.

Despite the absence of a common narrative around death, we understand grief requires public expression. Yale theologian Miroslav Volf argues that western culture is in a memory boom. Every tragedy is memorialized almost the instant it happens. Volf says the obsession with erecting memorials is in part a response to our short memories amid the frenzied pace of consumer culture and 24-hour news cycles.

Volf writes: “We demand immediate memorials as outward symbols because the hold of memory on our inner lives is so tenuous.” Another reason we so rapidly memorialize is our social consensus that remembering and, more concisely, our continuous remembering is “our most basic obligation to do justice.”

Remembering is a matter of doing justice.

Grief draws us to reflect on meaning. Kay reminds us of the common refrain, in the aftermath of tragedy, to love each other more.

“It’s sentimental and unsatisfying,” he writes. “But without God by our side, it’s the best we can do.”

Kay argues we find meaning in social connections, investing time and energy in those around us in order to hold on to love.

They hold on to love, always remembering that the fork remains on the table.

— Peter Jon Mitchell is a senior researcher at think-tank Cardus. 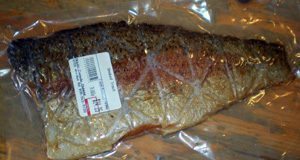 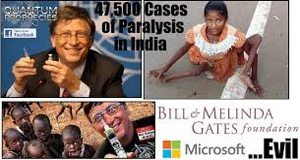