Posted by: Bulletin Editor September 22, 2016 Comments Off on Monika Schaefer doubles down on Holocaust denial

The Centre for Israel and Jewish Affairs (CIJA) discovered a video [below] posted Sept. 1, 2016 on a fringe website of former Green Party candidate Monika Schaefer continuing to spread Holocaust denial.

In July, Schaefer was disavowed by the party, which took steps to remove her membership after she posted the YouTube video that calls the Holocaust “the most pernicious lie in history” and declares “there were no gas chambers.” In the latest video, Schaefer doubles down on her denial of the Holocaust, claiming the controversy has caused people to rethink their acceptance of the “Hollywood version of World War Two.”

The video was recorded on August 24 at an event hosted by Your Ward News, the New Constitution Party and the Canadian Association for Free Expression (CAFE). The publisher of Your Ward News, James Sears, gained notoriety for distributing the anti-Semitic and racist newspaper to thousands of Toronto households free of charge. In June, Minister of Public Services and Procurement Judy Foote issued a prohibitory order blocking further delivery of Your Ward News by Canada Post. The New Constitution Party, also headed by Sears, describes itself as “Canada’s largest national socialist party” that incorporates “the heart of Chancellor Adolf Hitler.”

In response, Martin Sampson, Director of Communications of the Centre for Israel and Jewish Affairs, (CIJA), stated:

“It comes as no surprise that Monika Schaefer would team up with James Sears and his hateful projects, Your Ward News and the New Constitution Party. Those who peddle hate, including antisemitic conspiracies and Holocaust denial, deserve to be exposed to the light of day so that all can see how Jew hatred and other forms of bigotry persist on the fringes of society. In so doing, we ensure that these hate mongers are ridiculed and shamed for their views, in turn redoubling our collective commitment to freedom, equality and tolerance.” 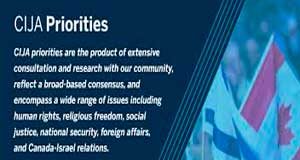