The House of Commons voted to pass Bill C-305 at Second Reading Feb. 9, 2017. In response, Shimon Fogel, CEO of the Centre for Israel and Jewish Affairs (CIJA), issued the following statement:
“We applaud all parties in Parliament for voting to pass Bill C-305 at Second Reading. We particularly commend MP Chandra Arya for bringing forward this important bill, which has long been a priority for CIJA.
“C-305 is a non-partisan, common-sense initiative to close a clear gap in the Criminal Code. We urge all parties to ensure its swift passage through committee and third reading. Now more than ever, parliamentarians must send a clear message that there is no place for hate in Canada – and those who target vulnerable communities will be met with the full force of the law.”
Background:
• Under current law, hate- or bias-motivated mischief targeting a religious institution, such as a synagogue, is a specific crime with serious penalties. However, this designation does not extend to other institutions, such as schools and community centres, which are often similarly targeted.
• Introduced in September 2016 by Nepean MP Chandra Arya, Bill C-305 proposes to 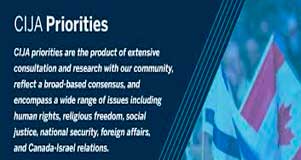 Centre for Israel and Jewish Affairs

amend the Criminal Code of Canada (Section 430 [4.1]) by ensuring that this designation is automatically extended to hate mischief against institutions associated with identifiable communities – such as religious schools or community centres.
• In November 2016, CIJA mobilized more than twenty faith and ethnic organizations across a range of communities, including Christian, Muslim, and Sikh representatives, to write to MP Chandra Arya in support of C-305.
• A 2015 Statistics Canada report concluded that Jewish Canadians are targeted for hate more than any other religious minority in Canada.
• Approximately 75% of these crimes are hateful acts of mischief, often targeting communal institutions – such as synagogues, schools, and community centres.
Additional reading:
• “The Canadian Government must do more to combat hate crimes in Canada” (CIJA in the Hill Times)
• “Bill would criminalize hate mischief at schools, JCCs” (CIJA in the Canadian Jewish News)
The Centre for Israel and Jewish Affairs (CIJA) is the advocacy agent of the Jewish Federations of Canada-UIA.
— Adir Krafman

Previous: Free community skating Wednesdays at Moss Park
Next: What will Jesus do when he returns? 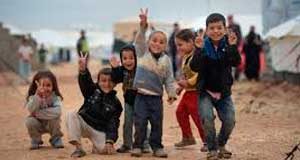 CIJA statement on US immigration-refugee debate 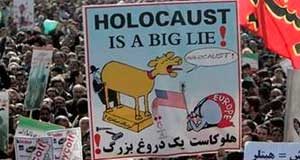