When the TD Centre opened in 1966 it became the symbol of the new Toronto: wealthy, powerful and full of promise.

We now had the largest, tallest and biggest corporate office space in all of Canada and it had been designed by the coolest architect in the world—Mies van der Rohe.

However, over 100 buildings were demolished to create this urban paradise including one of the most spectacular buildings in our history, the Bank of Toronto that had been designed in 1912 by the illustrious architectural firm Carrère and Hastings of New York City.

Bits and pieces of the majestic Bank of Toronto can still be seen out at Guildwood Park as well as a scale model on display in the present TD Centre banking hall. 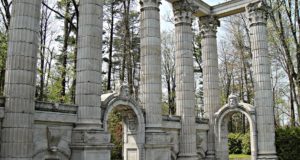 Remnants of the Bank of Toronto at Guildwood Park. 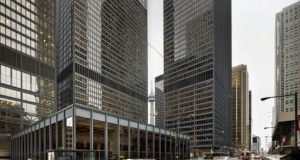 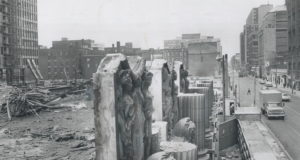 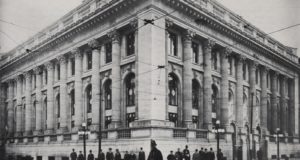 The Bank of Toronto.

Previous: Strokes: Not just for the elderly
Next: New technology brings LEAF arborist to your yard –virtually!