Strokes: Not just for the elderly

Posted by: Bulletin Editor April 9, 2017 Comments Off on Strokes: Not just for the elderly 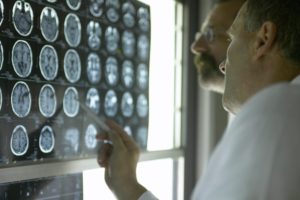 How could it happen to Kris Letang, the Pittsburgh Penguin hockey player?

He was young, in excellent physical condition, yet a victim of stroke. Today, stroke is not just a senior problem. So, why don’t learned professors know why this is happening?

Professor Valery Feigin is Director of the National Institute for Stroke and Applied Neurosciences at Auckland University, in New Zealand. He reports in the journal, The Lancet, that every year over 80,000 children and youth are affected by this sudden medical crisis.

Worldwide there’s a 25 percent increase in the risk of stroke in those aged 25 to 64. There are two common forms of stroke. 80 percent are caused by a blood clot in one of the brain’s arteries. The other 20 percent result when an artery ruptures in the brain.

So what’s causing this increase of arterial damage? There’s no one reason. Rather, for years I’ve stressed the importance of “The Gifford-Jones Law” which states “One problem leads to another, another and another.”

Young people are becoming obese earlier in life and developing Type 2 diabetes, which is notorious for triggering atherosclerosis (narrowed, hard arteries). Both increase the risk of stroke. But Kris Letang was not a victim of this law. Doctors diagnosed a hole in his heart, called “a patent foramen ovale” (PFO), a fairly common birth defect that normally does not cause trouble.

People of all ages should be aware of the symptoms of stroke as early diagnosis and treatment are vital. Brain attack, like heart attack, requires speedy treatment to prevent death or paralysis. Call 911 if a person complains of sudden weakness, tingling or numbness in a limb. Others may have sudden loss of speech, inability to understand what you’re saying, abnormal vision, loss of balance, or severe headache.

So how can both the young and seniors prevent a life threatening or crippling stroke? A good start is to develop a sound lifestyle early in life which means saying “no” to smoking, and “yes” to the benefit of daily exercise. And step on the world’s most preventative medical device, the bathroom scale.

Use it daily so there are no surprises. Researchers from Pontchaillou University in Rennes, France reported at the meeting of the American Academy of Neurology that eating foods containing vitamin C reduces the risk of stroke. But they added, “More research was needed to explore specifically how vitamin C may help to reduce stroke.”

I find it rather tragic that these professors do not know about the work of Linus Pauling or Dr. Sydney Bush. I agree that eating fruits is good advice and prevents scurvy. But Pauling stressed the dosage of vitamin C is too small to prevent stroke, heart attack and other degenerative cardiovascular diseases. Later, the English researcher Dr. Sydney Bush proved undeniably by photos that high doses of vitamin C and lysine prevented and reversed atherosclerosis in arteries, a monumental finding. See the web site http://www.docgiff.com to see how taking vitamin C and lysine can cause dramatic changes in arteries.

You don’t have to be a doctor to see the changes. Lysine, like steel rods in concrete, adds strength to arteries so they’re less likely to rupture causing stroke. Medi-C Plus and other brands of high dose vitamin C and lysine powder are available at Health Food Stores. Pills of C and lysine can also be used, but this means swallowing up 22 tablets daily. What’s the main message here? Regardless of how you take C and lysine, research shows that there’s less chance of a blood clot or arterial rupture resulting in a crippling stroke or death. My suggestion is to show these photos of Dr. Bush’s study to your doctor so you can both make an informed decision.

Next week, I have an unusual request for readers. I’m asking all of you to help answer a question about Alzheimer’s disease. See the web site www.docgiff.com For Comments info@docgiff.com