Since taking office and being sworn in as the new trustee for the Toronto District School Board on June 22 of this year I have had the pleasure to hand out medals to students and to participate in graduation ceremonies at schools across Ward 14. I also attended meetings between community groups and the school board to hear their concerns but none affected more than an Ontario Anti-Racism Directorate community consolation in Regent Park on July 14.

I intended to speak but after listening to the experiences of the speakers and how passionate they were about the problems they face I was too emotional to add my voice to theirs. As a black gay male it is a miracle that I have gotten this far in life without a police record, even though I have been stopped hundreds of times over the course of my teenage and adult life. For those who don’t know I also served as a police officer before leaving the force to pursue other goals.

While Canadians imagine themselves to be less racist than our cousins south of the border racism is nonetheless a part of the fabric of our society. I have 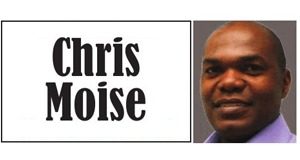 experienced it all my life including an odd incident on June 29 of this year with a parking enforcement officer who believed that a gay, black man in shorts and sandals standing on the street was a threat while he remained in a van with his windows rolled up. Black men know what I am talking about. Fear is used as justification when dealing with black men for a whole range of inappropriate actions and behaviours. Actions like this which affect the everyday lives of black men remain invisible to the rest of Canadian society because the privilege of whiteness means they never experience or see these issues for what they are.

Racism is systemic, social, institutionalized and embedded in all realms of our society. It is in our schools, our policing, our bureaucracy, our courts, our correctional facilities and in every aspect of our public and private lives. Simply being black makes others question who we are, why we are in their neighbourhoods and sadly gives police the right to stop and question us at will. These actions destroy the lives of young black men because no one calls attention to the racism behind such acts. A popular meme on the internet addressing the shooting of black men south of the border from Patrick S. Tomlinson states: “For the dozenth time ‘just do what they say and you won’t get hurt,’ is what we tell hostages, not free citizens interacting with police.”

Thank goodness there are groups like Black Lives Matter that address these issues. While there has been a lot of debate about the actions of the group because they stopped this year’s Pride parade they were able to gain national attention and raise awareness about racism across the country. Their tactics ensured their message was heard.

The members of the group Black Lives Matter are young educated people who have come together to call attention to racism in Canada and to end policies that make black Canadians second-class citizens. While there has been a lot of media noise about their tactics and their demands we should applaud their actions and their peaceful protests for shining light on an issue that destroys lives our communities. In the face of the violence that rises from racism and racist practices the peaceful political demonstrations by Black Lives Matter reminds that their calls for justice, equality and fairness, are ideals each of us wants for ourselves.

Does racism exist in our society? Sadly, Black Lives Matter reminds us that in 2016 racism continues to be an issue in our society. Have we addressed the issue of racism in Toronto and across the province appropriately? No. We have seen many discussions, studies and reports over the years that detail how racism affects the city and the province but on the streets little changes. How do we affect change?

Each of needs to be aware of not only our privilege but also how our actions affect others. At the same time the province needs to reinstate employment equity and we need to provide better funding for public education to seriously address issues of racism in our schools. Helping our students to learn about race and racism makes them better citizens as adults. As a new school board trustee, racism and inequality are one of my primary goals. Working 60 hours a week so far, I am learning not only what is possible but what obstacles there are to overcome. If we listen to the voices and stories of those who face problems in our communities—no matter whether we like what we hear—allows us to move forward and address these issues together. 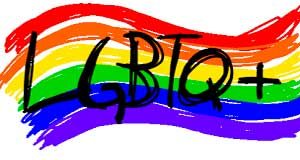