Home starts are still booming in the Toronto market

Posted by: Bulletin Editor June 9, 2015 Comments Off on Home starts are still booming in the Toronto market

Housing starts in the Toronto Census Metropolitan Area (CMA) trended higher at 38,355 units in May compared to 32,614 in April according to Canada Mortgage and Housing Corporation (CMHC). The trend is a six month moving average of the monthly seasonally adjusted annual rates (SAAR)(1) of housing starts.

“Housing starts trended at their highest level in over two years in May. Building activity was strongest in the 905 areas, with condominium apartment starts leading the way.” said Dana Senagama, CMHC’s Principal of Market Analysis for the GTA. “High cost of land and scarcity of serviceable lots appeared to induce more high density construction into the suburbs”. 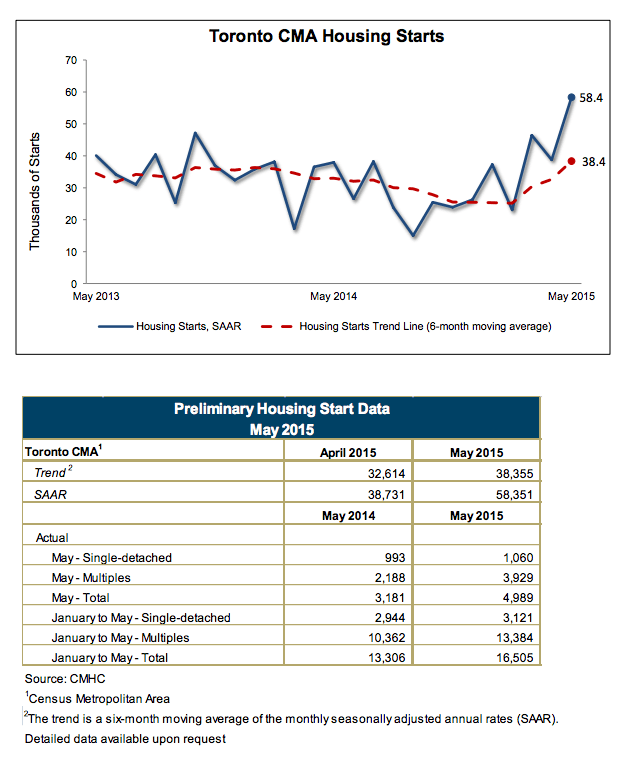 estimates and obtain a more complete picture of the state of the housing market. In some situations, analysing only SAAR data can be misleading in some markets, as they are largely driven by the multiples segment of the markets which can be quite variable from one month to the next.

The stand alone monthly SAAR was 58,351 units in May, up from 38,731 units in April. This was the result of an increase in apartment starts this month.

As Canada’s authority on housing, CMHC contributes to the stability of the housing market and financial system, provides support for Canadians in housing need, and offers objective housing research and information to Canadian governments, consumers and the housing industry.

Previous: Shipwreck on Queens Wharf may have been jettisoned
Next: Record May home sales boost overall prices by 8.9% 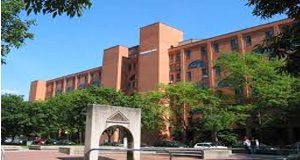 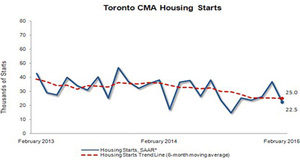