Posted by: Bulletin Editor June 16, 2018 Comments Off on Green-bin pilot in some Toronto off-leash dog parks

in 20 parks. The parks (listed below) are spread across the city and were chosen based on maximum geographic disbursement, size and frequency of use.

An audit of waste bins near dogs off-leash areas in parks found that 84% per was organic waste.

The goal of the pilot is to divert organic waste from landfill and reduce contamination (incorrect items being placed in Blue Bins) in Toronto’s recycling stream.

St. Lawrence Neighbourhood Dog Park is NOT part of the project

In parks that are not part of the pilot, residents should dispose of dog poop and other organic waste in garbage bins or take it home and place it in the Green Bin (organics). Organic waste should not be put in recycling (Blue Bins).

Green Bins will not be added to additional parks until after the pilot has been assessed. 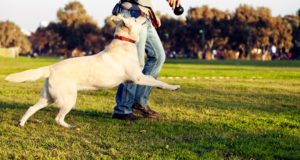 Berczy park reopens, but stay off the new grass