Bell in Brief: Ernst and Young’s Concourse Building rebuild is facadism at its finest

Posted by: Bulletin News April 25, 2017 Comments Off on Bell in Brief: Ernst and Young’s Concourse Building rebuild is facadism at its finest

It’s been a while since I’ve been as excited about a new skyscraper in Downtown Toronto as I am over the 40-storey Ernst and Young tower being built at 100 Adelaide St. W. just west of Bay St.

What makes this new addition to our skyline memorable is that rather than tear down the original building that once stood on the site—the brilliant Concourse Building erected in 1929—the facade has been saved and is being integrated into the new building.

While this sort of “facadism”—or saving just the facade of a historic structure to give a new building a heritage look—isn’t new in Toronto, this is one of the largest projects of this sort that our city has embarked upon. And while facadism isn’t to everyone’s liking, I wish more of this had been done sooner. Earlier redevelopment projects could have preserved parts of the previous buildings, versus the the complete and utter annihilation of the once-impressive 19th and early 20th century architecture that used to grace the Downtown core.

The original front entrance mosaics—designed by Group of Seven member J.E.H. MacDonald with his son Thoreau—have been put back after languishing in storage following the careful dismantling of the entire 16-storey building  a few years ago. Also saved is the original ceiling art that had been hidden underneath a drop-ceiling for decades. These new-found ceiling treasures are now protected under glass and hang in the lobby of the new building.

The new Ernst and Young tower is set to open later this week. 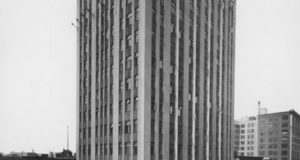 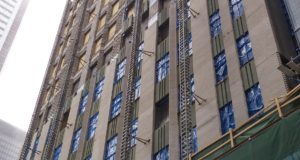 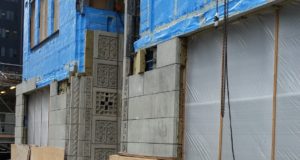 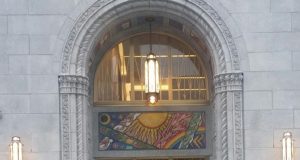 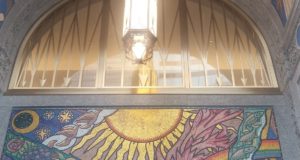 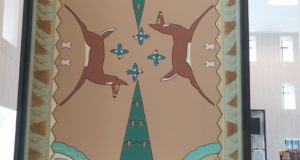 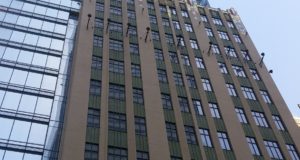 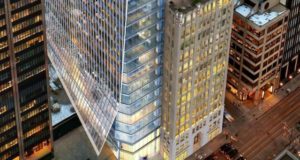