Why did Jesus heal on the Sabbath?

Posted by: Bulletin Editor September 16, 2015 Comments Off on Why did Jesus heal on the Sabbath?

“Jesus healed on the Sabbath because God the Father works every day,” says Marissa, 10. “Since Jesus is his son, he works every day, too. Just think what would happen if God just took a day off!”

Apart from Jesus claiming to be the Messiah, the issue of Sabbath observance produced more conflict with religious leaders than anything else.

Why all the fuss? Perhaps a little background on the Sabbath would be helpful.

Although not mentioned by name in the Genesis record of creation, the idea of the Sabbath is presented. After God created the heavens and the Earth, he rested on the seventh day (Saturday). The fourth of the Ten Commandments says to refrain from work on the Sabbath (Exodus 20:8-11).

During the time of Israel’s wanderings in the desert, God supplied them with manna from heaven to eat. On day six of every week, he gave them enough manna for two days so they wouldn’t have to work to gather it on the seventh day.

God instituted the Sabbath in Israel to give his people a day of rest in which they could focus on him. Religious leaders had too much time on their hands and started making rules about what constituted work.

Don’t think this is ancient history. I’ve been in modern Israel and seen an orthodox Jew dressed in black shake his finger at me because I rode in a taxi on Saturday. My Jewish taxi driver wasn’t impressed with the finger-wagging man in black.

When religious leaders accused Jesus of breaking the Sabbath because his disciples plucked some grain and ate it as they walked through a field, he said: “The Sabbath was made for man, and not man for the Sabbath. Therefore the Son of Man is also Lord of the Sabbath” (Mark 2:27-28).By creating many laws that defined work, religious leaders made the Sabbath a burden instead of a blessing.

As Lord of the Sabbath, Jesus healed a man who had been unable to walk for 38 years (John 5:1-18). Jesus told the lame man to pick up his bed and walk. The Sabbath rule enforcers were waiting to pounce.

Sabbath enforcers didn’t care that a man who had been crippled for 38 years had been healed. Their focus on rules blinded them to Jesus’ miracle. They wanted to know who told the healed man to break one of their rules.

“It made them especially mad when Jesus told them that he was God’s son, and since God worked on the Sabbath, he could, too,” says Margo, 10.

Jesus purposely called God “my Father,” instead of “our Father.” He sent a strong message to his critics, and they got it. They were furious. They wanted to kill Jesus because he broke the Sabbath by breaking one of their rules and made himself equal with God (John 5:18).

For the Christian, Jesus is our rest or Sabbath. They rest in Christ and his finished work on the cross for their salvation. To see this argument in full, read Hebrews 4.

Think about this: Let Jesus become your Sabbath. Trust in him alone and his work on the cross as the final payment for your sins.

Memorize this truth: “For he who has entered His rest has himself also ceased from his works as God did from His” (Hebrews 4:10).

Ask these questions: Have you ceased trying to work your way into God’s favor? Have you trusted or rested in Jesus’ final payment for your sins on the cross?

Which  Commandments is most important? 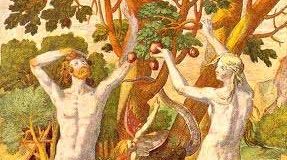