Ontario will launch a 3-year basic income pilot program beginning this spring, to “better support vulnerable workers.” But the program will likely harm the people it intends to help by discouraging work and encouraging dependency on government. 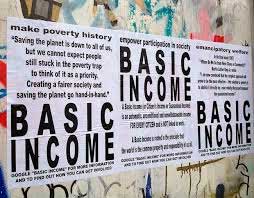 The program introduced by Ontario Premier Kathleen Wynne’s government will provide a single person with up to $16,989 a year in tax-free government transfers, plus a maximum $6,000 more for people with disabilities (couples will get $24,027). The amount will drop by 50 cents for every extra dollar a recipient earns and by a full dollar if the additional income comes from the Canada Pension Plan (CPP) or employment insurance (EI).basic income

It will replace Ontario Works (the province’s main social assistance program) and the Ontario Disability Support Program, leaving in place the many other federal, provincial and local government income support programs. And critically, it will not include conditions typically attached to social assistance programs. For instance, to be eligible for Ontario Works basic income, a recipient generally must be willing to seek work.

An unconditional cash transfer, which essentially would pay able-bodied Ontarians not to work, raises serious concerns. The lack of conditions may encourage dependency on government, and discourage people from finding work and improving their situations.

Consider a single Ontarian who doesn’t work and therefore earns no income. He or she will receive the full basic income transfer, which equals 76 per cent of the annual income for a full-time job at minimum wage (before taxes). This will, of course, discourage some recipients from working a minimum wage job, causing them to miss out on important work experience that leads to higher future wages.

Ontario’s own experience underscores the value of work-related conditions for government transfers. Prior to the province’s social assistance reforms in the 1990s, about one in seven Ontarians were dependent on social assistance. This not only created a financial cost for taxpayers, it also meant a significant share of Ontarians depended on government transfers for their well-being.

In 1995, the government tightened eligibility rules and work-related requirements (such as job search), in addition to other reforms. Subsequently, the share of Ontarians receiving social assistance fell from 14% in 1994 to 6.5% in the mid-2000s.

Other jurisdictions have experienced similar results, demonstrating that conditions on transfers help ensure government assistance remains a safety net for those in difficult circumstances rather than a permanent source of income. A basic income that lacks conditions and ignores the evidence and lessons from Ontario’s past will lead to higher rates of dependency.

In fact, an Ontario family with two children and $40,000 of income loses almost 60 cents for every dollar earned to personal taxes and reductions in transfers. This is actually higher than the top marginal income tax rate upper-income earners face in Ontario.

The basic income program will result in another 50 cents being lost, leading to a total reduction of more than a dollar for each additional dollar earned. This means a basic income—when combined with personal taxes and other transfer programs—could have the perverse effect of reducing the total income of some recipients if they try to improve their situation by earning more income from employment.

This won’t be the first time an unconditional basic income has been tested in North America. Experiments in Canada and the United States in the 1960s and ’70s confirm that a basic income tends to reduce the number of hours worked.

But there’s a different approach. An experimental program (called the Self-Sufficiency Project) in British Columbia and New Brunswick in the 1990s, designed to encourage single parents to transition from dependency on welfare to employment, showed that an income transfer conditional on work can reduce dependency on government.

While Ontario’s basic income pilot program may shed new light on the issue, it won’t “help more people in our province get ahead and stay ahead,” as the premier suggests.

Lammam and MacIntyre are co-authors of the Fraser Institute study The Practical Challenges of Creating a Guaranteed Annual Income in Canada. (www.fraserinstitute.org).

Previous: BIG on Bloor Festival of Arts & Culture
Next: Berkeley House: Where all hell broke loose