Posted by: Bulletin News May 12, 2017 Comments Off on Berkeley House: Where all hell broke loose 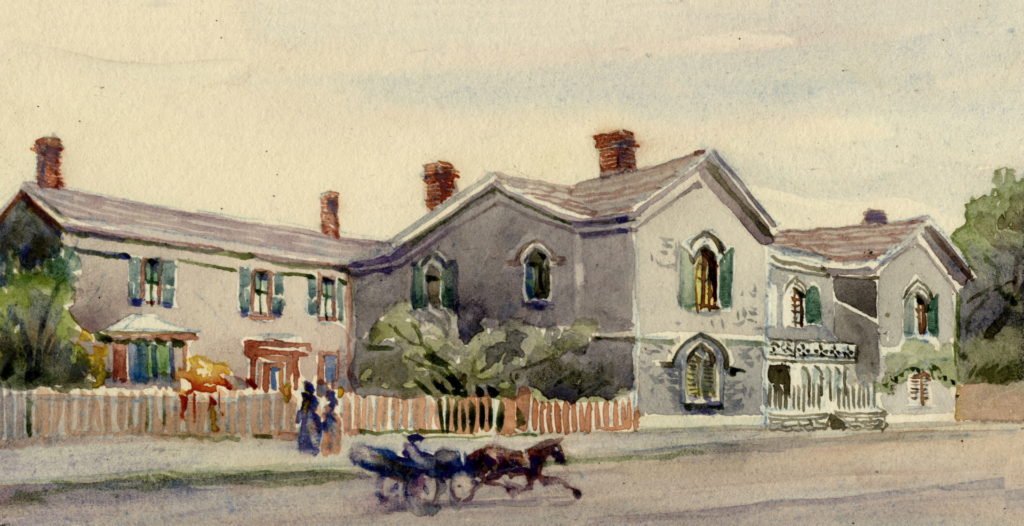 Present day Parliament St. was once a rough road that cut through the dense forest leading up to Lt Gov. Simcoe’s country home—Castle Frank—that at one time over looked the Don River at present-day Bloor St.

Though our first Lt Gov. and his family lived mostly at Fort York, occasionally they would venture up into the wilds to spend time in the canvas and wood summer home he had named for his son Francis.

The canvas tent that served as Simcoe’s retreat was once owned by the famous explorer Captain Cook, who had taken it with him as he circumnavigated the world.

In the early 1800’s there was once a small bridge crossing long-buried Goodwin’s Creek (at present day Parliament and King). Though the creek is long gone, we are reminded of it today by the slight dip and bend to King St. as it crosses Parliament, etching out the former topography of the area.

The first houses and businesses to spring up in that area were Mrs. Johnson’s boarding house (on the north west corner of Ontario and King streets) and Jordan’s Hotel (on the south side). Behind that was a public oven operated by Paul Martin.

This public bakery was in operation from at least 1804 to well after the Rebellion of 1837: it is recorded that the bakery supplied bread to the militia forces of Toronto in 1839.

The largest estate in the area was Maryville Lodge—home to D.W. Smith, the surveyor-general who came to Upper Canada with Simcoe. The estate took up the block bounded by King, Berkeley, Ontario and Adelaide streets and held up to 20 buildings, one of which was a stable with 13 stalls. Smith left York in 1804. Soon after, Maryville Lodge was demolished to make way for an expanding town.

Across the street from Maryville (on the southwest corner of King and Berkeley) was the fabled Berkeley House, first built in 1794 by Mr. John Small, the clerk of the executive council. He built his house upon government-owned land—which caused a minor scandal—but nothing like the scandal that was to come.

Honour was everything back in the day. Duels were fought. Often.

At a government meeting, the wife of the attorney general John White said something to Mrs. Small that was taken as an insult. It could have been something as trivial as, “My dear, don’t tell me your husband bought that gown for you?” This jibe could have been taken to mean some other man might have purchased it for her.

Well, all hell broke loose. And whatever was said by one wife to another, on Jan. 4, 1800, two husbands met to defend the honour of their wives. The duel was fought on what was then open ground fronting the lake just south of King on the west side of Parliament.

Mr. Small—having killed a member of the ruling class—was tried for murder. He was later acquitted by the infamous Peter Russell, whose prior rulings included having a Mr. Humphrey hang for stealing a forged one dollar note.

The Smalls were banned from society. In a town that had a population equivalent to that of a present-day condo tower, banishment was seen as a worse punishment than hanging.

While York’s founding fathers were happy to fight duels, the second generation—being not so heavily ruled by society niceties—would rather build industries and have fun.

Charles Small, son of John, inherited his father’s modest home on the southwest corner of Berkeley and King and built an enormous addition. He named the entire estate Berkeley House.

The house, an Italian-styled villa, became the center of social life in 1820’s York. Carriages overflowing with young party-goers all dressed in the latest fashions would pull up nightly to the candle-lit house for what promised to be yet another evening of booze, laughter and political discussion.

Their parents, whose own young lives were dictated to by a book known as “Rules of Conduct in Upper Canada,” could only just shake their heads in disgust at the goings-on at what would become the most important address in all of Upper Canada, Berkeley House.

As the town of York became the City of Toronto and as Upper Canada became the Nation of Canada, the site of the building that once stood on the south side of King should have become a place of national importance and historical significance. However, in 1898 the original 1794 house was torn down. The present structure (the Reid Brothers building at 359 King St. E.) was built. The Reid bros. also owned an enormous lumber factory complex at the bottom of Berkeley St. at the Esplanade.

The remaining addition to Berkeley House—with its grand parlors, sweeping staircases and Italian Renaissance façade—stood until 1926 when it, too, came crashing down after years of disuse.

Today the famous site is a 17-storey office tower that is the new home of The Globe and Mail. 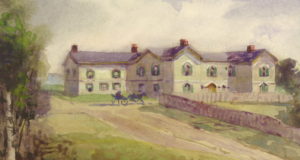 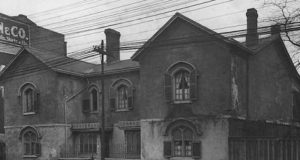 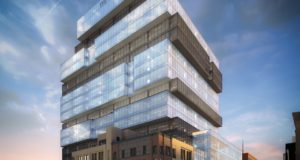