As millions of women around the world observe International Women’s Day, the Ontario Federation of Labour will proudly celebrate the role that unions have played in elevating the living standards of all women in Canada. The history of union achievements in Ontario has been one of establishing basic and fundamental rights for all people, but here is no question that women workers have gained the most. However, cuts to public services and anti-worker legislation currently being championed by Conservatives at every level of government today pose a threat too many of the gains that women have made and could roll back standards for all workers. 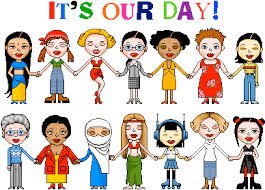 “The low-wage economy that PC Leader Tim Hudak has in store for Ontario would be devastating for women across the board. There has never been a more alarming threat to equity and the advancement of women workers,” said OFL President Sid Ryan. “Economic research shows that unions are a major force for greater equality, and that a strong labour movement benefits all workers. That is why Mr. Hudak has made the erosion of workers’ rights his top priority.”

Women workers who do not belong to a union are eight times more likely to earn poverty wages and are half as likely to have a workplace pension. However, regardless of union membership, all Canadian women have benefited from the achievements of unions. Laws guaranteeing the minimum wage, pay equity, maternity leave and harassment free workplaces were all secured because of the work of trade unions.

For over a century, women have sought to unionize their workplaces as a vehicle to pull themselves out of low wage conditions, secure decent benefits and improve their standard of living. Now these basic and democratic rights are being threatened by Canadian Conservatives who are championing American-style laws that would destroy collective bargaining.

The upcoming Ontario election is critical for working women, their families and their communities.

“This upcoming election is about basic kitchen table economics! Women are working longer and harder for less and less and are worried about making ends meet,” said OFL Secretary-Treasurer Nancy Hutchison. “We know a Hudak government would balance the budget on our backs while they hand out tax breaks to banks and corporations. It is time for Ontario to deliver a people’s agenda.”

Working women across Ontario are swinging into election alert with the singular focus to stop a Tim Hudak Conservative government. Like the women who marched in New York City over 100 years ago for shorter working hours, better pay, an end to child labour, and the vote, women today are fighting back against a low-wage economy. As labour moves forward a massive campaign to stop the Hudak anti-worker plan, union and community women will be in the frontlines to ensure that they do not lose ground on the equality gains we have made.

At regional meetings being held across Ontario over the next few months, women workers will be joining with union brothers and community members to launch an unprecedented campaign to stop Tim Hudak’s anti-worker agenda. For campaign materials, a list of upcoming meets and more information, visit: http://www.RightsatWork.ca

“At International Women’s Day events across the province this year, women will be redoubling our efforts to challenge austerity and the anti-union agenda that puts corporate greed ahead of human needs,” said Sister Hutchison. “Hudak hasn’t fooled us. We know he is committed to American extremist policies that would divide our workplaces, weaken workers’ voices and drive down wages for everyone.”

2014-03-06
Bulletin Editor
Previous: How are people like fields ready to harvest? (John 4:35-38)
Next: March Break enriching, history entertainment for the family