“There is a really big group of people ready to be told about God,” says Marissa, 12.

Learning to act like Jesus is learning how to think outside the box. It begins by seeing differently. Seeing people as a great harvest is viewing them through Kingdom-of-God eyes. Jesus is building his eternal kingdom. His desire is for all to enter into his kingly realm. God wants all Christians to fulfill their role as kingdom ambassadors, which is to introduce all to the King of kings.

Jesus gives you strength to talk to people you do not know,” says Melinda, 10. 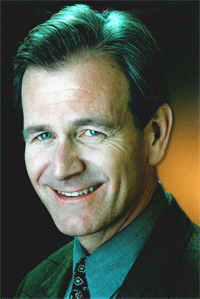 During my high school years, public speaking terrified me more than anything I could imagine. Later, I discovered that the fear of public speaking ranks higher than the fear of death in surveys. So I had a lot of company. That still didn’t help me overcome the thing I feared the most.

After I trusted Christ as my savior, I had many opportunities to speak before high school and junior high school assemblies. Sometimes, students packed entire gymnasiums. I had to look my worst fear in the face.

Focusing on the needs of the students helped, but knowing God would give me the strength to communicate the saving power of his grace freed me from the fear of public speaking. I’m happy to report that I now look forward to it, especially when there’s an opportunity to speak about God’s saving grace.

When Jesus said, “Lift up your eyes and look at the fields, for they are already white for harvest!” (John 4:35b), there was a sense of urgency. If you want to talk to a farmer about his work or anything else, don’t try it at harvest time. Farmers have a short window of opportunity to bring in the harvest when the crop is ripe. They work long, hard hours during the harvest season.

What is a lifespan compared to eternity? It’s like harvest time! It’s short and urgent. God wants all Christians to participate in his global harvest. He is always at work preparing people’s hearts to receive him. Some Christians may sow the initial seed that challenges people to think about their eternal destiny. Others may lead people to a saving knowledge of Jesus Christ. All rejoice in the harvest when people enter into God’s eternal kingdom.

“Sowing involves many steps,” says Kirsten, 11. “In preparation for planting, a farmer disks the soil, which loosens and kills most weeds. Similarly, many people travel through tough times, which unbeknownst to them, prepares them to receive the Word of God. This humbles man and destroys pride.

“Farmers let the ground set, which hardens it. Then, they will disk it again. After that they add nutrients and test the soil to see if it’s conducive for seed. This is like God testing us to see if we are ready to accept Jesus into our hearts.”

Have you ever been disked by God? It’s painful, but necessary to kills the weeds of pride that so easily grow.

Think about this: It’s harvest time. If your friends are ready, urge them to trust Christ as their savior today!

Memorize this truth: “Behold, I say to you, lift up your eyes and look at the fields, for they are already white for harvest!” (John 4:35b).

Ask this question: If you’re a Christian, are you willing to join God in his great, global harvest?