I voted in America’s ugliest election 2

Posted by: Bulletin Editor November 7, 2016 Comments Off on I voted in America’s ugliest election 2

If national leadership elections were glamour contests, like the one between Justin Trudeau and Stephen Harper, there would be no winner for the White House this time around. Ugly prevails south of the 49th parallel and I won’t tell you which loser I picked to plague my absentee ballot in Palm Beach County, Florida.

Yes, I had to pick somebody and there was nobody to pick.

I held my nose. I voted against the one whom I thought would do the most harm in the world. It was a close call. I could have been wrong. It’s for sure I couldn’t have been right because right isn’t a possibility in that election. Wrong was the only available choice.

The ugliest U.S. election in modern times outdoes even the sleazy scam that brought victory to the idiot king, George W. Bush, over the pretender to the invention of the Internet, Al Gore. Nobody was any damned good back then. And Toronto’s Adam Nobody, bashed by a disgraced Toronto cop at the G20 degradation in 2010, wouldn’t have been any worse a ballot choice had he contested the 2016 U.S. election.

With Bush’s brother Jeb as governor ruling my ex-home state of Florida in 2000 when Dubbya was “elected,” the fix was decidedly and manifestly in. Jeb had the power and the nature to do the obvious: Rig the vote.

My absentee ballot wasn’t counted in that election. I wasn’t alone. Thousands of other Florida voters, especially black voters, reported irregularities. Fraud, really. But even though Bush was governor, it was a shock. I couldn’t believe the blatant crookedness of that election.

My vote was counted this time, according to a report from the Palm Beach County registrar.

Does it really matter this time? How much less evil is the least-worst choice between war-monger Hillary Clinton and fame-monger The Donald? Nonetheless, I feel obliged to vote in Florida and do the research it takes to make what I hope are the best decisions.

Was The Donald’s alleged abuse of women any more or less disgraceful than Bill Clinton’s record with the opposite sex that seemingly has at least the tacit approval of Hillary? Maybe so if the recent reports that The Donald is alleged to have kissed and groped women without permission stand up.

But a lot of that has come to light as part of an election campaign that publicizes some glamourous women who recently reported their victimhood at the hands and whatever of The Donald. What does that say about those who are left out? That’s not to say they are lying. It can be awkward and uncomfortable to just scream “masher” (or the modern equivalent) when an uninvited meandering male hand touches the wrong female spot.

Both the Clintons and The Donald have personal charitable foundations and there is plenty of obliqueness about them. Certainly they’re created for tax advantages and the Clinton version is subjected to criticism for its help allegedly given to the poor in Haiti. The Donald’s charitable activities are likely subject to equal criticism. Get rich enough and you, too, can have a charitable foundation that shines a glowing light on you and provides other niceties that being rich can reap.

This isn’t to say that such charities and their founders are unworthy of praise for doing good works.

I came to Toronto by choice in 1971 after a journalism career in sunny Honolulu, Miami and Palm Beach. I was to start as a feature writer in the Toronto Telegram on Nov. 1 of that year. To my dismay, on Oct. 30, millionaire John Bassett sold the Tely’s “subscription list” to the Toronto Star (“I hate those guys,” he once confided to me when I worked at CFTO-TV) and I was unemployed in my new country.

Thankfully The Star had pity on me and arranged for me to become the overnight editor at the Oakville Daily Journal Record, an 8,000-circulation 5-day-a-week broadsheet printed on an antique press on Reynolds Street largely as an ego-boost to one of the ruling Star ownership families who lived on the lake in Oakville.

DJR had been a Thomson newspaper before The Star bought it through its Metroland subsidiary and the secretary in the ground-floor office had been trained by that creepy, tightfisted Thomson outfit. This being before computerized typesetting was standard at newspapers, I asked the secretary for some copy pencils on my first day in the employ of what its small staff unlovingly called the “Daily Urinal Record.” She handed me a single unsharpened thick red pencil.

I explained that I’d need more than one copy pencil since I was the final editor to handle copy before it was typeset. She explained that when I returned to her the stub of this one in an appropriately tiny length, then she would issue a replacement.

I reached in her drawer and pulled out a handful of copy pencils as she blinked in amazement and chagrin. I later moved onto another Metroland paper, the Mississauga Times, before my supply ran out.

I am so grateful that I could become a Canadian. And never more so as I watched the U.S. election unravel. 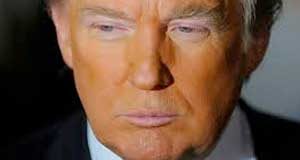