Viewpoint: Start with kids as first step toward universal pharmacare

Posted by: Bulletin Editor May 19, 2017 Comments Off on Viewpoint: Start with kids as first step toward universal pharmacare 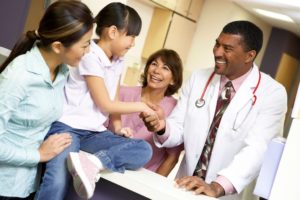 The Ontario government’s decision to invest in universal drug coverage, pharmacare, for those under 25 is a long-needed policy commitment that will help ensure the health of our next generation.

As a pediatric oncologist, Dr. Denburg sees children every day who struggle to gain access to the medicines they need. These range from those for serious common conditions such as asthma, to those for rare but chronic or life-threatening conditions. A major barrier to access is cost of pharmacare.

Canada is an outlier for not having a universal program for prescription drugs for children and for allowing wide inter-provincial variation in how public pharmacare drug plans serve children. This means many families can’t afford the essential medicines their children need to get healthy and grow up healthy.

One in five Canadians foregoes taking prescription medicine due to cost.

Essential medicines are crucial for children, not only to treat issues now, but to help ensure they can grow and develop to their full potential. In terms of bang for buck, it’s hard to argue with investing in the health of children: curing and caring for children will maximize their chances of growing into the healthy, productive citizens who define our future.

Universal prescription drug coverage for children would save money now and in the future. In the short term, a universal, public system would reduce drug costs through the increased purchasing power that comes with bulk procurement. In the long term, Canada would benefit considerably from the developmental gains reaped by healthy children.

Reliable and sustained access to necessary medicines is crucial to control childhood diseases such as asthma, diabetes, cancer and immunologic disorders. Optimal disease management improves survival and minimizes late effects. This lays the foundations for a healthier and more productive society.

But more needs to be done.

This budget commitment by the Ontario government is a step in the right direction but it is just a first step. It won’t solve all the problems of drug access in Canada and not even in Ontario—neither for children and their families, nor for the millions of adults who struggle to pay for the drugs their doctors prescribe.

For children, careful attention will need to be given to which drugs are covered and which aren’t, and why. How to deal with novel drugs for childhood illness is a crucial part of this.

As an oncologist, Dr. Denbrug witnessed the enormous promise of new drugs for hard-to-treat cancers in children first-hand. Many of these therapies could increase the chance of cure and reduce the horrible side effects of traditional chemotherapy. Frequently costing thousands of dollars a year, such specialized medicines for rare and often life-threatening pediatric diseases impose a financial burden that no family should be left to bear alone.

Unfortunately, our systems for deciding which drugs to cover publicly are not well set-up for children. Careful study of persistent gaps in drug coverage and access, and of the policies governing which drugs are selected for public coverage, will be very important to understanding the success of Ontario’s policy.

A universal pharmacare plan for children must also be thoughtfully integrated into our health-care system. Beyond improved access, such a plan has the potential to maximize the safety of pediatric drug use. How?

Off-label prescribing of drugs for children—when a physician prescribes a medication to treat a condition or an age group different from that for which it is approved—remains a significant problem, due largely to gaps in evidence. Universal public drug coverage can promote prescribing in line with pediatric guidelines, and could encourage the development and organization of evidence in areas where knowledge gaps persist.

And let’s think bigger. To truly capitalize on its potential benefits—to the health of Canadians and our health-care system—pharmacare needs to be universal and national.

National pharmacare for children would harmonize coverage across provincial jurisdictions. This could spur the development of a national evidence base for rational use and funding of pediatric medicines. And that would result in enhanced drug safety and efficacy for all Canadian children.

Starting with kids is a politically pragmatic, economically sound and morally defensible first step toward universal pharmacare. Now we need to study and scale it.

From Ontario’s lips to the feds’ ears.

— Dr. Avram Denburg is a staff oncologist at Sick Kids, a 2015 Trudeau Scholar and an expert adviser with EvidenceNetwork.ca.

— Dr. Wendy Ungar is a senior scientist at the Hospital for Sick Children and a professor in Health Policy, Management and Evaluation at the University of Toronto.

Previous: Lane restrictions on Parliament St. start May 23: Bloor to Wellesley
Next: Metrolinx will inspect your property ahead of Jarvis, Sherbourne construction