The President of the 11,000-member Toronto Transit workers union Local 113 has slammed the Washington-based Amalgamated Transit Union International for its “invasion of Canada and the removal of our members’ democratic rights to decide which union they wish to belong to.”

In the early morning hours of Feb. 3, per a news release sent out under ATU Locoal 113’s name, “operatives from ATU entered Local 113’s office and removed officers and staff, including Bob Kinnear, who has been elected President five consecutive times for a total of 14 years. The International staff then locked existing officers out of the computer server, cancelled their email addresses, called off three scheduled membership meeting and demanded that elected Executive board members sign ‘ATU loyalty letters’ in order to keep their jobs. It is not known how many signed that letter.”

“Kinnear said the Local union has applied to the Ontario Superior Court for an injunction against the trusteeship. A hearing has been scheduled for Feb. 17.

“‘We are going to fight this invasion of our sovereignty,’ said Kinnear. ‘Canada is a country, not a colony. The International takes nearly $6,000 a day from Local 113 and gives us nothing in return. But mostly, they have violated our most sacred tradition of democratic control by our members.’

“At stake are millions of dollars in Local 113 assets, including its building on Wilson Avenue in Downsview, which have been seized by the International.

“The President of The Canadian Labour Congress, Hassan Yussuff, has issued a strong condemnation of the trusteeship and has suspended ATU International from the protections of the CLC Constitution. This means that any union is allowed to ‘raid’ ATU locals across Canada. The President of the Ontario Federation of Labour, Chris Buckley, also issued a statement against the trusteeship.

“‘I have advised our members to continue to do their jobs professionally and serve the public well. Our fight is with the American union, not Torontonians. We will honour our commitment to public service.’

“‘We are confident that we will overwhelmingly win a vote of our members to leave this American union.'” 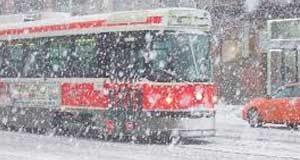