Take no liberties with the gods, nor weary them

Posted by: Bulletin Editor December 18, 2016 Comments Off on Take no liberties with the gods, nor weary them

Do you share my rage and depression this Christmas when you witness children being pulled out of the ruins of Aleppo, Syria? Surely, there must be a special hell for political leaders who let this happen. If it were their children, living in this rubble, would they take so long to end this human misery?  Confucius cautioned in the Book of Rites, in 500 B.C., “Do not take liberties with the Gods, or weary them.” This Christmas, the Gods must be getting very weary. So how are they rating the human species of this planet? medical health

Let’s start with politicians. This year, in Canada, there’s been great debate about medical assistance in dying (MAID). Surveys have shown that the majority of citizens believe they should have a right to choose how they depart this world.  But their government thinks otherwise, spending millions of dollars to conduct multiple studies, followed by a debate by legislators. I’m sure the Gods would shake their heads, wondering how lawmakers justify such ludicrous judgement. 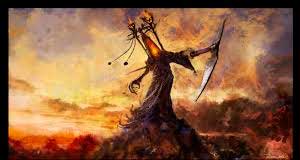 For instance, the law allows a patient in the terminal stages of terminal cancer to have access to MAID. But, suppose you have early signs of Alzheimer’s disease? You realize that your life will eventually become a living hell. So you decide to sign a document stating that when your brain ceases to function, you wish to end your life by MAID? Legislators say, “NO”. An “Advance Directive” is not allowed. Why?

How do lawmakers expect a patient to apply for MAID when his or her   brain has ceased to function? These elected officials are running our country! The Gods must wonder what other illogical pronouncements are set to follow.

The history of mankind proves the Gods must have been shaking their heads for a very long time, not only about politicians. What are they saying about my own profession? Surely it will fare better. After all, physicians claim to be dedicated to the relief of human suffering.

Yet, this year, some of my colleagues refused to assist in Medical Assistance in Dying. That has resulted in patients suffering terminal pain and agony while being transported many miles to a doctor willing to help end their lives. This attitude boggles my mind, and probably that of the Gods. How can a doctor turn a deaf ear to the pleas of someone dying from metastatic cancer, who has only has a few days to live? And some of these same physicians claim their decision is based on religious beliefs!

This year, the Gods must be particularly weary witnessing the epidemic of opioid drugs raging in North America. They must wonder why humans are determined to destroy their God-given miraculous bodies with reckless abandon.

In this joyous holiday season, the Gods must ponder why humans continue to be so inept. After all, the medical profession, lawmakers and religious leaders have had 2,000 years to find ways to prevent human misery. Yet year after year wars continue to occur. And while human problems remain unsolved, the species is adding another 110,000 beings to this small planet every day. I’m sure the Gods have already calculated how long it will take for human civilization to destroy itself. They must have concluded it won’t be too long. The Gods know that the only thing humans learn from history is that they don’t learn from history.

This is the 41st year I’ve written Christmas wishes to you, and have had the privilege of writing this column. So as I end this one, I wonder how the Gods have graded me! Have I done an adequate job of assessing medical information and passed its benefits along? Or, have I at times provided questionable advice to you?

As I enter my 94th year I know from longevity tables it will not be too long until the Gods give me a final grade. I can only hope that I have not taken too many liberties and wearied the Gods.

May you, my readers, all enjoy a happy and healthy holiday season.