In a recent opinion piece, the longtime broadcaster, scientist and environmental activist tells Canadians that their nation is a world laggard in environmental protection.

“Canada ranks 25th among rich countries on children’s wellbeing, in part because of our failure to improve air quality,” Suzuki claimed.

This is simply false. Any empirical evaluation shows that Canada’s air quality has substantially improved over the past few decades.

Canada’s air quality conforms to the strictest standards in the world. A recent Fraser Institute study used a 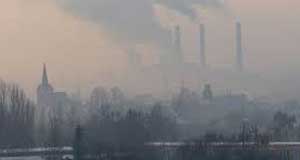 Air pollution unlike anything in Canada.

Ambient levels of ground-level ozone, an air pollutant caused by emissions, decreased 27 per cent from 1979 to 2015. In the late 1970s, more than 70% of air-quality monitoring stations across Canada reported ozone concentrations above the air-quality standard, but by 2015 this number had fallen to 16 per cent. And from 2000 to 2015, fine particulate matter (smoke, aerosols, etc.) concentrations consistently remained below the most stringent air-quality standard.

It’s the same story for Canada’s ambient levels of sulphur dioxide, a pollutant largely associated with the combustion of oil and coal. That plummeted by 92% from 1974 to 2015.

And in the last four decades, Canada experienced substantial reductions in nitrogen dioxide and carbon monoxide—two pollutants largely associated with automobiles. National levels decreased by 74 per cent and 90 per cent respectively from 1974 to 2015. Again, in the mid-1970s, 54% of monitoring stations across Canada reported readings out of compliance with the annual air-quality standard for nitrogen dioxide but by 2015, that percentage was zero.

Other studies show similar results. For example, a recent study by Yale University compared Canada with other countries on several environmental indicators, including air quality. The study included four indicators measuring average exposure, health risks to key air pollutants and the percentage of the population burning solid fuel indoors. Canada ranked 36th among 180 countries and sixth out of 16 high-income countries.

Environmental activists such as Suzuki falsely accuse Canada of having poor air quality and reflexively call for stronger air-quality standards, yet they never discuss the data.

Canadians have nothing to hang their heads about when it comes to environmental protection and air quality. In fact, Canada’s environmental record is an achievement we should be proud of and celebrate.

Kenneth P. Green is a senior director, Elmira Aliakbari and Ashley Stedman are analysts, at the Fraser Institute.

Previous: 4 compelling reasons to try a different hairstyle
Next: Largest campus telescope in Canada to be installed at York University