Schools must make our kids informed about sex

Posted by: Bulletin Editor November 1, 2013 Comments Off on Schools must make our kids informed about sex 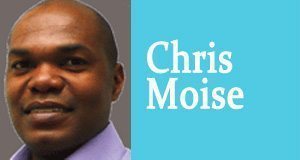 I remember clearly when the topic of sex education was introduced to me in Grade 7. I was both curious and embarrassed. There I was, in a classroom with 24 other students, talking about the human reproductive system. The teacher—whom you dared not anger for fear that she would unleash the wrath of God on you—talked about penises and vaginas in the same sentence. I was shocked. It was the first time that I heard an adult talk about sex.

I remember that lesson like it was yesterday. It must have had a profound impact upon me because, prior to that class, I received my sex education from magazines, the playground,  and my cousins who, at the time, believed they were experts.

Growing up, I discovered that many people I knew didn’t have discussions about sex with their parents. Some parents didn’t know how to approach the subject. Some were simply squeamish about the subject matter. Others felt that talking about sex would only make young people more curious about it. And, in some cases, it was culturally taboo to discuss it.

Ontario’s sexual health curriculum hasn’t changed in over 15 years. It is the oldest and most outdated sex ed curriculum in Canada. When the curriculum was created, there was no such thing as Facebook, Twitter, or Tumblr. Today, the Internet almost certainly provides more information about sex than it does about any other subject.

In today’s world, young people need to know the dangers that lurk online and the current curriculum fails to address those threats.

The classroom is a non-threatening, safe place for learning. It is entirely logical and sensible that sex education be taught in such an environment.

Michael Erickson, a teacher with the Toronto District School Board (TDSB), has said that “Teachers, at the end of the day, do care about their students, but we don’t always have the tools we need to do our job with excellence.”

TDSB has gone as far as suspending a teacher at Delta Senior Alternative School for posting a graphic sex education pamphlet.

Some parents and students launched a petition to have the teacher reinstated. This is a prime example of a teacher wanting to educate and provide up-to-date, relevant information for students but instead is handcuffed by the status quo.

Most parents don’t have the tools to educate their children about sex. In some cases, young people don’t want to have conversations about sex with their parents. (I sure didn’t!) That being said, the discussion about sex doesn’t have to start and end in the classroom. Parents can clarify or elaborate on the subject matter as they see fit. In the classroom, though, we need to focus on the science and the practical rather than the moral or religious aspects of the sex ed curriculum.

The Ontario government has an updated sex-ed curriculum collecting dust. Some religious groups and some parent groups oppose it because they regard it as being too explicit and age inappropriate. Some have gone as far as saying that the material is borderline pornography.

I often wonder if some of these groups think that we all live in a bubble—and that students are naïve about the subject. It also seems to me that Ontario’s governing party is more concerned about votes than with the health and welfare of our students.

Toronto Public Health, the University of Toronto and the Hospital for Sick Children have all released reports asking the provincial government to update its lesson plans.

It has been shown, time and again, that when teens are given accurate information, they make better choices about their sexual activities.

In California, for instance, teen birth rates have plummeted to their lowest levels in 20 years following the implementation of state law that requires public schools to offer comprehensive sex education classes with scientifically accurate information.

Let’s do our due diligence. Let’s start talking about providing relevant and up-to-date sex education in all of Ontario’s schools.

2013-11-01
Bulletin Editor
Previous: BIA, police host homelessness forum at cathedral
Next: L-Tower shape reminds of candles once made there