In this address given on the California Capitol steps in Sacramento Robert Kennedy Jr. provides an inspired and detailed analysis of the extent to which the powerful pharmaceutical cartel has effectively captured the nation’s scientific, regulatory, and law-making processes.

Combined with the corporate news media’s dependence on drug advertising, this has put big pharma in a position where it is running roughshod over informed choice and dictating vaccine policies that have little-if-any basis in scientific research yet will greatly contribute to that industry’s already gargantuan profits.

The link below is Robert F. Kennedy Jr’s speech at the SB277 rally that took place in Sacramento, California at t 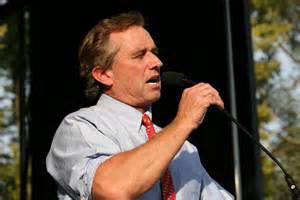 he State Capitol on April 8, 2015. Cameras and editing by Joshua Coleman.

Kennedy offers an example of scientist and pediatrician Paul Offit, the developer of the rotavirus vaccine, whose personal stake in vaccine’s development and adoption is emblematic of the monied practices tending to corrupt vaccine science in America today. “In 1999 he sat on the [CDC] committee that added the rotavirus vaccine to the schedule.” Kennedy notes,

At the time he was working on his own r. Opening that gateway, by adding that vaccine to the schedule, made his patent extremely valuable. Six years later he sold that patent for $182 million and pocketed about $40 million for himself. So, that kind of financial entanglement by the people to hare deciding what vaccines to add to the schedule makes it difficult, I think, for all of us to think that they only thing they’re thinking of is our children’s health.

He concluded his remarks by emphasizing that legislation such as California’s SB277 takes away the last barrier between the pharmaceutical companies’ bottom line mentality and children’s health–parental discretion itself.

All of the barriers that are meant to protect our children–the government, the lawyers, the regulatory agencies, and the press, the checks and balances in our democratic system that are supposed to stand between corporate power and our little children–have been removed, and there’s only one barrier left, and that’s the parents, and we need to keep that in the equation. 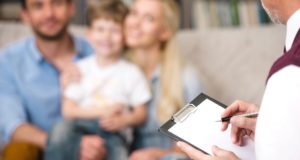