Posted by: Bulletin Editor October 20, 2016 Comments Off on Due Diligence Report on Port Lands flood protection 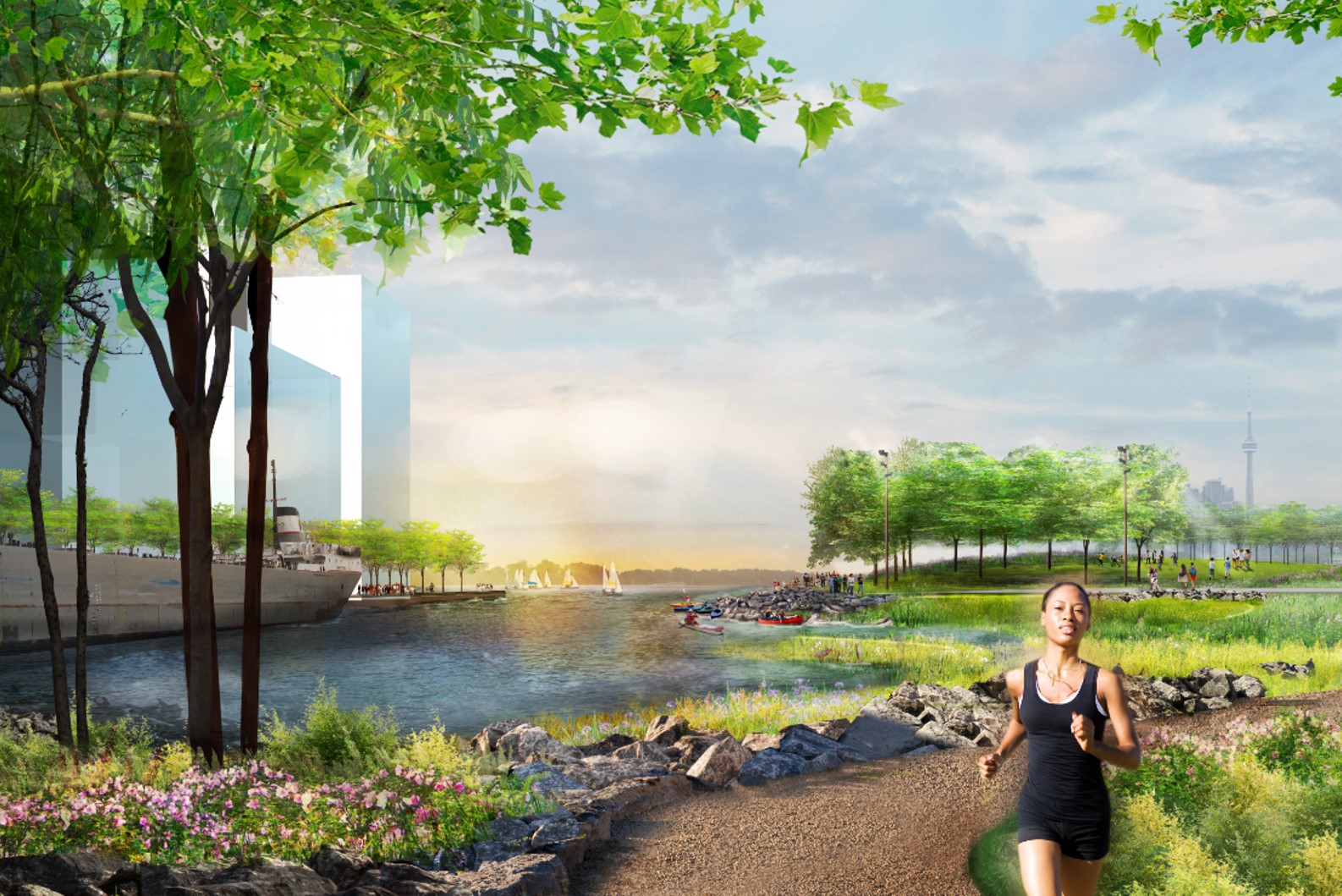 Due Diligence Report on the proposed Port Lands Flood Protection Project. The Report provides greater certainty on the cost estimate, schedule and risks associated with the proposal to naturalize the mouth of the Don River, provide flood protection to the area and unlock significant economic development potential. The Report was developed in cooperation with the City of Toronto, the Toronto and Region Conservation Authority and the Toronto Port Lands Company.

Key components of the project include creating two new outlets for the Don River – a 1,000 metre river valley and greenway – that will safely convey flood waters into Lake Ontario, as well as infrastructure such as roads, bridges and services to support development. This project also includes 29 hectares of naturalized area in the river valley, two new parks and 14 hectares of aquatic habitat.

The Port Lands Flood Protection project addresses the fundamental challenge of transforming the underused Port Lands into a long-term asset that will support Toronto’s competitiveness. Excavating a new river mouth in an urban post-industrial brownfield is a pioneering project for Toronto. The opportunity here is immense – no other North American city has such an asset on the doorstep of downtown that can support the creation of new communities and new economic opportunities.

The key findings from the Due Diligence Report include:

•  The Project’s estimated cost is $1.25 billion (in year-of-expenditure dollars), which includes a 30 per cent contingency; the previous, less informed, cost estimate before due diligence was $975 million.

• The revised cost estimate for the project is largely due to the discovery of flowing sand and compressible peat in the project area that will require additional excavation, soil and groundwater treatment, enhanced erosion control and material handling costs, as well a need for additional environmental risk management measures.

• The project team developed a comprehensive list of potential risks to the cost estimate and schedule. The results were used to inform a probabilistic computer risk simulation that modelled 10,000 possible project outcomes; the modelling concluded that there is a 90 per cent probability that the Project can be completed for $1.25 billion or less.

• The project will take seven (7) years to construct, with a start date in 2017. Achieving this start timing would avoid costs for escalation, or inflation, of about $30 million a year.

• The construction of the project and future development in the project area is projected to result in $5.1 billion in value added to the Canadian economy, 51,900 person years of employment and $1.9 billion in revenues to governments, according to an independent study. These numbers do not include the additional long-term economic impact associated with the proposed development of the First Gulf/Unilever site.

Based on Waterfront Toronto’s experience working on waterfront projects and the poor underground conditions, contaminated soil and high water table that characterize the area, we knew that flood protecting the Port Lands will be challenging. We wanted to provide as much assurance as possible to governments on what this project would cost, how long it would take to build and the nature of the project’s risks – and that’s what led us to undertake this Due Diligence Report.

About the Port Lands

The Port Lands is a 400-hectare (880 acre) parcel of downtown waterfront land, unique in that no other North American city has a plan to unlock such a large-scale waterfront development. Currently, about 290 hectares (715 acres) in the area – including parts of Riverside, Leslieville and the First Gulf/Unilever development site – are at risk of flooding from the Don River and cannot be developed until they are flood protected.

The Ministry of the Environment and Climate Change has previously approved the Don Mouth Naturalization and Flood Protection Project EA, after extensive stakeholder engagement and public consultation over the past decade.