The profane is an antidote to the sacred

Posted by: Bulletin Editor November 30, 2016 Comments Off on The profane is an antidote to the sacred

I keep a book of dirty jokes at home for when I need a laugh. The book, an academic work, documents the history of the dirty joke, from one-liners about pederasty to cracks about interracial sex, necrophilia and other topics that fine news sites like this one find a little too taboo.

The book shows that dark humour, however scandalous or tasteless, has been with us forever 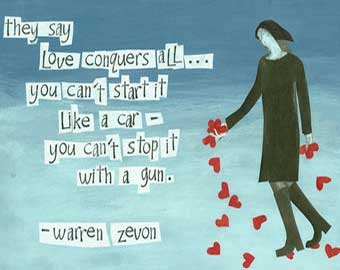 —and it’s not going away.

That’s because those who laugh together stay together. And because we need dark humour to cope in a dark world.

The book teaches another important lesson: The profane is an antidote to the sacred. When we tell an off-colour joke, we reduce the power of the forces trying to control us.

Across Canada, and especially in Canadian universities, inclusivity is most holy. Our hymnals praise the unquestionable rightness of diversity. Our strength is our diversity. Amen.

As always, heretical jokers emerge to mock the Good Word.

At Queen’s University, heresy came to a Halloween party dressed as what looked like billionaire Saudi princes.

The story made the national media circuit but for those who missed it, here it is in brief: Queen’s students, mostly but not all white, dressed in “racialized” costumes for a Halloween party. Photos posted on social media show students whooping it up as Buddhist monks, Viet Cong fighters and Mexican wrestlers.

Almost a month (a month!) after the party, Scott Rutherford, an instructor at Queen’s, blogged about the Halloween horror. He called the costumes “White Supremacy in action” and equated the antics to “violence.”

Certainly, the costumes were insensitive and, yes, they made their wearers look like morons. That was the point.

But evidence of white supremacy? An act of violence? Rutherford and other critics cry wolf. They commit a category error, exaggerate the threat and rob the label “white supremacy” of its meaning.

Shame on Rutherford. By dismissing his students as violent white supremacists (on the social scale, only pedophiles are more despicable), he excuses himself from having to teach these deplorables. When he fails as a teacher, he can point to his students’ tasteless party garb as evidence that the problem lies in his students and systemic white supremacy, not his methods. Or his condescension.

Given the attention the Halloween party attracted, administrators at Queen’s will have to intervene; if they haven’t already.

But nobody should delude themselves in thinking future students won’t act stupidly. A few students will continue touching the live wires of taboo, not because they are hardened racists but because they want to upset the sensibilities of people like Rutherford. And because acting like an idiot at a dumb college costume party is fun.

University is a place where young people test limits and push back against convention. Generally this is what teachers ask of students in the classroom; because we want rabble rousing. We want an iconoclastic student press and freethinking student politics. We want wildness, not dogmatic obedience.

On occasion, as with Halloween, students go too far. But have some faith: they’ll learn.

In preparation for next year’s Halloween fiasco, I have some unsolicited advice.

Parents, you can feel safe sending your teenagers to Queen’s. It’s not an apartheid state. Lots of kids are cloistered white suburbanites (not their fault) but most aren’t white supremacists. Some may be white supremacists but you’ll find losers on any campus, in every culture, on any continent.

Students, smarten up. Target power, not people. Be the person you want to see when you log into Facebook tomorrow morning.

And teachers, keep a level head and a sense of perspective. And your sense of humour.

Troy Media columnist Robert Price is a communications and professional writing instructor at the University of Toronto.