We can’t afford to take charities for granted

Posted by: Bulletin Editor November 30, 2016 Comments Off on We can’t afford to take charities for granted

Imagine you’re the crew of a ship sailing from Italy to Canada. You arrive in Hamilton, Ont., only to discover that complications related to the sale of your vessel means it’s in limbo in the harbour, you with it. Who will look after you?

This happened to the crew of the 9,000-ton Italian freighter Ardita in April. The ship is still there.

The crew still gets paid and is free to come and go. However, the crew has many unmet needs. So members of the Mission to Seafarers, organized in 1856 in England, stepped in to help the crew of 14. At its founding, the organization recognized the varied needs of sailors and sought to bring comfort, hope and material support to that most intrepid of workforces. The long chain of care stretching from 1856 reached the Ardita crew and offered phone calls home, Internet, recognition of their plight and other supports.

The common good that makes our lives both possible and enriched does not happen by chance. We organize ourselves in order to learn, care for our needs, provide health care, worship, express ourselves artistically and myriad other goals. This organizing also includes formally registered charities.

Charities are legally structured to prevent a single individual from controlling, owning or disposing of common organizational goods. Built into this structure is a legal framework of collective, public benefit decision making. It’s immensely important to recognize that we’ve learned over time to create rules and structures that allow the accumulation of goods and resources devoted to care and non-monetary enrichment.

We don’t need a legally registered charity to organize a meal for a new mother or help a neighbour dig out a car after a snowstorm. But many forms of caring and cultural enrichment need lots of people working over time to be fully realized, like organizing an art gallery, establishing a library or building a cathedral. For these projects, charitable structures multiply the common good and promote continuity.

Charities don’t just exist because of formal endorsement by the state. Collective care existed long before encoded laws and bureaucrats. We’ve taken that impulse and turned it into a legal form, not the other way around. To mistake that logic would be like assuming that art only came into existence when the first formal gallery was opened.

Our charitable work is vital and active, but charities may still have a public relations challenge. The ratio of what they do compared with the attention they receive is dismally small. Like the bees that pollinate the plants that give us our food, we really only pay attention to charities when they disappear and we feel the effects directly.

This is why Cardus argues in a newly released white paper that Canadian society needs to talk a lot more about the charities that are part of our civil society. We need to greatly improve our ability to describe them, to see where they are, what they do and what they need. Deliberation about the structural place they occupy in contemporary society should also be an element of conversation, along with what impairs or supports them.

We need to reflect more fully on what charity means in our time, why it matters, what happens if this part of the social ecosystem erodes, and what it would take to increase the good reach and impact of charities.

The absence of charities would mean greater desperation and the dimming of our most significant human aspirations. We can’t be good—in the richest sense of that word—as solitary humans, however well supplied we are personally.

We should never forget that charities help us strengthen the greater good we all seek.

Previous: The profane is an antidote to the sacred
Next: Kinder Morgan: Trudeau does what even Harper wouldn’t 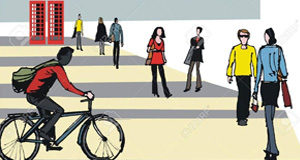