Words are powerful. They conjure up images in our minds. Our choice of words determines the effect they have on others. Some words are upsetting, others soothing 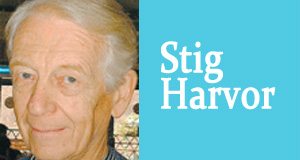 The language of our politicians is full of words that trigger emotional reactions rather than appeal to our brains. This is intentional.
Studies show voters base their views more on emotions than reason.
People are busy coping with their own private lives, particularly in more stressful economic times as today.
Many public issues are complex, full of technicalities. They are beyond people’s regular lives. They require background, time and concentration. It is easier to exploit gut reactions. (42% of adult Canadians have low literacy skills.)
There are conspicuous examples of wordplay affecting us as Torontonians right now. Take the contentious issue of adding jets to the Island airport. Many important and varied considerations are involved such as noise, air and water pollution, health impacts, vehicular traffic and parking, jet fuel delivery and storage, recreational use of the harbour and islands, safety.
The existing propeller-driven planes of Porter Air are said to meet noise levels regulated under a 1983 tripartite government agreement. But already there are sustained public complaints about noise, particularly acute during take-off, landing and run-up engine tests.
Robert Deluce, head of Porter Air, claims his order for new Bombardier CS100 jets is conditional on the jets being no noisier than his existing planes. For public consumption, he calls the new jets “whisper jets.” This soothing public relations phrase is based on the claim that the new jets will only be less noisy than older, existing jets.

No actual, reliable information on the noise levels of the new jet is available today. The jet is not yet in production. Its first real test flight occurred just on Sept. 16 with more tests to follow. Its official, certified noise levels will only be available next spring.
This raises a troubling question: Without full information, how then can our city’s present, too quick, supposedly comprehensive airport study to accommodate jets be completed as scheduled for city council consideration next month?
If the noise level of the new jets eventually is found to be only slightly higher than Deluce’s present planes, he may well argue the difference is “negligible.” That means ignoring the fact that noise levels are in decibels on a logarithmic scale, not on a regular proportional scale. It means even a small decibel increase means a doubling or more of noise.
Aircraft noise levels are a complex, technical matter. International Standards (ICAO) provided by aircraft manufacturers like Bombardier, are only designed to compare noise levels of different aircraft.
An assessment of the real impact of both airport and aircraft noise on people, particularly in adjacent areas, must use community standards (visit Google: airport community standards). They deal with reality. They do not deal with emotions evoked by Deluce’s soothing term “whisper jets”. Mayor Rob Ford is also a master at using words to create impressions and to hide realities. He has taken to addressing us as “folks” to create a feeling of chumminess. He calls us “taxpayers” to make us feel pain. For emphasis, to butter us up, he adds “hardworking taxpayers.”
It is a favourite phrase of all right-wing politicians. Ford never calls us “citizens,” a word implying responsibilities toward one another as members of a wider society.
In his perpetual election campaign mode, Ford now claims to have saved our city a whopping $1 billion since taking office. He claims the major part is $600 million saved through “efficiencies.”
His “efficiencies” in reality are often reductions in city services caused by his perpetual tax cuts. Is it more “efficient” for us to wait longer for streetcars and buses? Is it more “efficient” to limit our access to recreational facilities through higher user fees? The list goes on and on.
Ford also wants to create the impression he cares about all people. He visits public housing projects of the Toronto Community Housing Corp. (TCHC). He promises to personally ensure cracks in walls be fixed and cockroaches eliminated. Where does the remedial money come from? Not from his city budgets.
They have provided no money for affordable housing during his reign. The money must simply come from a reallocation of already insufficient TCHC funds.
Ford’s mantra of “subways, subways, subways” is accompanied by just calling advanced light rail transit (LRT) ordinary “streetcars.” His whole approach to public communication is to keep repeating the KISS principle:
Keep It Simple, Stupid!