Janis Joplin famously sang the lyrics of Kris Kristofferson and Fred Foster in the song Me and Bobby MaGee, “Freedom’s just another word for nothin’ left to lose.”

But is freedom simply the lack of entanglements, obligations, and responsibilities? Is the homeless beggar on the street corner free? He certainly doesn’t have to be at work by 9:00AM, pay rent or taxes, raise children, or keep up with friends and family. There might be freedom from stress in such a lifestyle, but is he free? I think most of us would answer, “No.”

Is it a lifestyle, a mindset, or a right?

Some say that freedom is a spiritual concept. Osho, an Indian spiritual teacher, said, “True freedom is always spiritual. It has something to do with your innermost being, which cannot be chained, handcuffed, or put into a jail.” Is freedom then a mindset? Being able to be at peace regardless of the conditions? An example of that might be this quote from Holocaust survivor Viktor Frankl in his book Man’s Search for Meaning which recounts his experience in a German concentration camp during World War II: “The highest and greatest of the human freedoms is to choose your attitude in any given set of circumstances.”

Which leads me to think of the debate over Free Will vs. Determinism. Are we free to make our own choices, or are our actions and behaviors determined by either a higher power or our background and environment? I’ll leave that argument to the professional philosophers and psychologists, and for the sake of this article assume that we have free will.

I recall my father telling me when I was a child, “Your freedom ends where my nose begins.” My father was always saying funny things, so at the time I wasn’t sure if he was being serious. In hindsight, I think what he meant is that I am free to do anything I want as long as it doesn’t interfere with someone else’s freedom to do what they want. Which brings to mind this example: freedom of speech does NOT mean you can yell, “Fire!” in a crowded movie theater when there is no fire.

Milton Friedman, in his bestselling book titled Free to Choose, talked about having choices in everything we do – especially economic choices—as the basis of freedom. French philosopher, Simone Weil, concurred with her statement, “Liberty, taking the word in its concrete sense, consists in the ability to choose.” As did the power hungry, Napoleon Bonaparte, who, perhaps paradoxically proffered, “Nothing is more difficult, and therefore more precious, than to be able to decide.”

The founders of the United States were motivated by what they considered to be the inalienable or nontransferable rights of life, liberty and the pursuit of property. Their belief in the Right to Life means an individual owns his or her life and body. That right in turn gives the individual the Right of Freedom to pursue and produce the sustenance necessary to maintain life and body. The time and labor put into producing life’s sustenance creates property we then own. This is how the concept of property rights is derived from the right to life. Therefore if someone takes your property, they have stolen your time and labor, and therefore a portion of your life and freedom.

Slavery is the opposite of freedom. Harriet A. Jacobs, in her book Incidents in the Life of a Slave Girl, wrote from firsthand experience, “[A slave is] entirely subject to the will of another.”

But, what if we are not “entirely” subject to the will of another? If a politician can use the force of government to take a portion of our time and labor (or the fruits thereof), does that mean we are partially free or partially enslaved?

Others have said that freedom is not a right, instead that it is something that must be acquired – even fought for. Novelist Aldous Huxley wrote, “Liberties aren’t given, they are taken.” Martin Luther King Jr. said, “Freedom is never voluntarily given by the oppressor; it must be demanded by the oppressed.” Malcolm X stated, “If you’re not ready to die for it, put the word ‘freedom’ out of your vocabulary.” And, President Woodrow Wilson, who conscripted millions of men to fight in World War I, and who gave America its tax on the fruits of men’s labour, ironically agreed, “Liberty has never come from the government. Liberty has always come from the subjects of it. The history of liberty is a history of resistance.”

Concurring with this line of thought are Somerset Maugham: “If a nation values anything more than freedom, it will lose its freedom; and the irony of it is that if it is comfort or money that it values more, it will lose that too.” And, Voltaire: “So long as the people do not care to exercise their freedom, those who wish to tyrannize will do so; for tyrants are active and ardent, and will devote themselves in the name of any number of gods, religious and otherwise, to put shackles upon sleeping men.”

Former slave, Frederick Douglass, also agreed, “Those who profess to favor freedom and yet depreciate agitation, are people who want crops without ploughing the ground; they want rain without thunder and lightning; they want the ocean without the roar of its many waters. The struggle may be a moral one, or it may be a physical one, or it may be both. But it must be a struggle. Power concedes nothing without a demand; it never has and it never will.” And, as many have declared: “Eternal vigilance is the price we pay for liberty.”

How is our freedom lost? Novelist, D.H. Lawrence observed the reason, “Men fight for liberty and win it with hard knocks. Their children, brought up easy, let it slip away again, poor fools.” It is a death by a thousand tiny cuts. While the people sleep, governments pass thousands of pages of laws, regulations, and taxes. An unknown author noted, “Men fight for freedom, then they begin to accumulate laws to take it away from themselves.” In the United States, there are more than 3000 federal criminal offences. Add to that state and local crimes. Whatever happened to the simplicity of “Thou Shall Not Steal or Kill?” Perhaps our behaviour is “determined” by a higher power after all—a powerful government!

On the other hand, freedom is NOT valued by all. Newspaper editor H. L. Mencken observed, “The average man does not want to be free. He simply wants to be safe.” Playwright George Bernard Shaw stated, “Liberty means responsibility. That is why most men dread it.” And, Ambrose Bierce, in his sarcastic book The Devil’s Dictionary, wrote, “Liberty: One of Imagination’s most precious possessions.”

It seems that whether freedom is a lifestyle, mindset, or natural right; it comes with a price. And, if we want to keep it and use it, we will have to stand up for it.

— Robert Evans Wilson, Jr. is an author, humourist/speaker and innovation consultant. He works with companies that want to be more competitive and with people who want to think like innovators. Robert is the author of …and Never Coming Back, a psychological thriller-novel about a motion picture director; the inspirational book: Wisdom in the Weirdest Places; and The Annoying Ghost Kid a humorous children’s book about dealing with a bully. For more information on Robert, please visit http://www.jumpstartyourmeeting.com

Tagged with: slavery The Uncomfort Zone 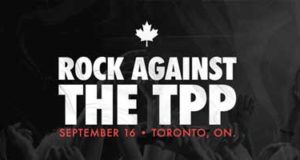 It’s not about you