Posted by: Bulletin Editor August 6, 2016 Comments Off on PATH grows to benefit more than towers

Nowhere else in the world has a pedestrian network like Toronto’s PATH underground walkway. The PATH now connects more than 70 buildings and makes it possible to walk from the Ferry Terminal to Yonge-Dundas square without going outside. At least 200,000 workers and Downtown residents use the PATH each day.

While the PATH is often seen as a benefit to one group, Downtown workers, its growth along with that of residential units in the Downtown core has actually created something far beyond the utility of getting around underground during the winter. Since 2001, the number of private dwellings within walking distance of the PATH has increased from 11,655 to 30,115, a 258% increase.

That’s a medium-sized town living with direct access to what is really the largest indoor mall in North America. Compare the PATH’s 1,200 retail fronts with the West Edmonton Mall’s 800. Whether you’re looking for a grocery store, dentist, gluten-free bakery or 3D printing, you can find multiple options in every product category throughout the PATH.

Another sign of the PATH’s expansion has been the success of the underground clothing drive that collects clothing for the Yonge Street Mission. In one week in January, YSM now collects 65% of its annual requirement from downtown workers at 19 building locations.

How did the PATH get so big?

Almost by accident. The PATH is not owned by one company and it has never been planned as one entity. However, its expansion can be seen as a way to serve a growing number of users. In the early 20th century, individual buildings like the Royal York and Eatons department store connected to nearby buildings to better serve customers.

In the 1960s, the growth of major office spaces like TD Centre connected underground when forward-thinking city planners urged to think about how to keep large numbers of workers from flooding Toronto’s narrow streets during rush hours.

The most recent trend in PATH growth is simply to serve everyone. When large employers have built new towers, PATH connections are an obvious necessity due to so many of their employees being accustomed to having it for all-weather accessibility. The new above-ground connections south from Union Station to the waterfront are probably used by more waterfront residents than workers in the towers they were built for. The City of Toronto has also built its first independent PATH section, the northwest PATH built alongside Union Station’s revitalization.

How can we make the PATH more useful for those living downtown?

Navigation and wayfinding are the biggest concerns we hear regarding the PATH. With all of its growth, the current mapping is outdated and does not correspond with the way people commonly use it. Along with other downtown BIAs, we completed an extensive review of the PATH’s wayfinding and have identified numerous areas that can be improved. We’re also working towards a pilot project for a new PATH map along with the city, BIAs and our Downtown buildings. We look forward to sharing more details with the public and getting your feedback later this year. 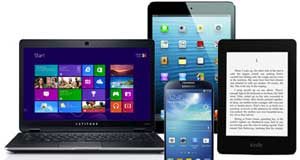