A call to the emergency room announced that the ambulance was on its way. Joey, a middle-aged oilfield worker, was experiencing a suspected toxic ingestion of the opioid fentanyl. He had been administered naloxone—the drug used to reverse opioid overdoses—and was conscious.opiod crisis

When he arrived in the emergency department, he revealed that he’d been having trouble coping with the recent dissolution of his marriage. And earlier that day, he’d been laid off from work. A friend offered him fentanyl and he agreed to try it, just this once, to get through the day.opiod crisis

Joey’s story is not isolated

A recent report by the Canadian Centre on Substance Abuse (CCSA) and the Canadian Institute for Health Information (CIHI) found that 13 Canadians are hospitalized every day from an opioid overdose. In British Columbia and Alberta, provinces particularly hard-hit by opioid addiction, the rate of fatal fentanyl overdoses increased tenfold between 2012 and 2015 alone. And Saskatchewan has the highest rate of hospitalization from opioid poisoning.opiod crisis

Nationally, the picture is dire. Canada has the highest rate of prescription opioid use in the world.

There are many reasons for the overuse of opioids and as future physicians, we’re aware that inappropriate prescribing practises are a clear and studied culprit. Yet for many patients across the country, there’s more to the story.

Marc was in a car accident eight years ago. It left him with chronic neck and back pain. In the emergency room, he was given a prescription for Percocet (a combination of Tylenol and the opioid oxycodone). After a year of follow-up prescription opioids for his pain, his family physician told Marc it was time to step down his pain control to Tylenol or Advil.

But by this time, Marc was dependent on the opioids. So when the prescription stopped, he started buying them on the street. He felt abandoned by the medical system, left without acceptable options to manage his pain.

Fortunately, he sought help and enrolled in a methadone program. Marc no longer needs to self-medicate but, as with many Canadians, he continues to have uncontrolled pain. He’s on a list to see a pain specialist but has been told it could be a year or more.

Marc and Joey’s stories are not uncommon in Canada, where poorly-treated chronic pain and mental health issues drive both opioid misuse and resultant fatalities. A recent review of opioid-related deaths in Ontario showed that 66 per cent of individuals visited their doctor’s office just four weeks before their death. Mental health issues (notably anxiety, depression or substance use) and persistent pain (notably joint or back) accounted for the majority of the visits.

Mental health issues appear to increase the risk of opioid misuse indiscriminately across age groups. In a 2012 study, youth with pre-existing mental health issues were almost three times as likely to use opioids as their peers. Among adults, existing mood and anxiety disorders predicted high incidences of trying, abusing or becoming dependent on opioids.

Yet specific strategies to improve the treatment of mental health issues and chronic pain have been lacking in the mainstream conversation about tackling Canada’s opioid crisis. Interventions to stem the opioid tide have largely focused on addressing supply. Ontario has committed to increase access to opioid replacement therapies and British Columbia has enacted mandatory opioid prescribing standards for physicians.

These efforts are invaluable—but they’re not enough.

Medical students from across the country converged on Parliament Hill today to galvanize support for an upstream approach to the opioid crisis that prioritizes timely access to effective mental health and chronic pain services.

Canada can address the opioid epidemic in a meaningful, evidence-based and strategic way. But will the solutions adopted by the federal government will be sufficiently nuanced to address the reasons underlying the misuse of opioids? The success of any proposed solutions will depend on it.

— Vivian Tam is a final-year medical student at McMaster University and McMaster’s senior representative to the national Government Affairs and Advocacy Committee. She is a contributor to EvidenceNetwork.ca.

We need Lee Kwan Yew, not an opioid summit

Dying, I don’t want to be there when it happens 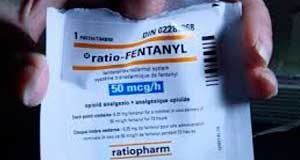