Once abandoned and ‘ramschackle’ now Church and Front thrives

Posted by: Bulletin News December 12, 2016 Comments Off on Once abandoned and ‘ramschackle’ now Church and Front thrives

Long before the colossal landfill operations that were to begin in the 1850’s, the south side of Front was home to a few ramshackle wharfs on cedar stilts rising out of the water.

However by the 1850’s the railway came to Toronto followed by a huge influx of manufacturing, banking and people. By the turn of the 20th century Front and Church becomes the new centre of this new burgeoning metropolis filled with warehouses, stores, banks and hotels.

After falling on hard times—as the city was spreading westward—Church and Front was all but abandoned. Since the late 1970’s, Church St. south of Front has been on a upswing and today is filled with condos, restaurants, stores and is once again a thriving part of Toronto. 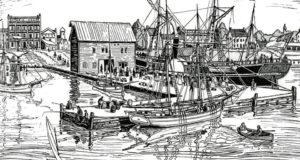 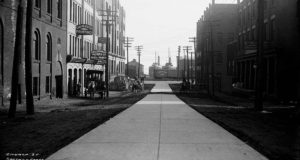 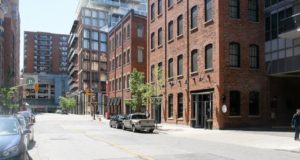