The recent police explanation of a shooting in February which left two men dead in a McDonald’s on the Danforth is just one example. Apparently a security guard did the shooting.

Who knew that security guards in restaurants carried guns? But police say there is no reason to lay charges, nor is there any good reason for them to name the person who did the shooting, nor release the video tapes, nor explain what their investigation discovered.

A Toronto Star editorial created some lovely words which it put in the mouth of Chief Saunders to explain what the police were doing: “Move along, folks. Nothing to see here.”

The members of the Toronto Police Services Board (TPSB) which have responsibility for the police force have not intervened, nor do they look likely to do so.

One begins to wonder why there’s no disclosure. Is the security guard a former cop, or a relative of a cop, so the police wish to protect that person? Was the police investigation a mess? Was evidence tampered with by the police?

These are hardly unfair questions, since there are too many cases in the past where police have protected their own or have made a mess of investigations.

Just as this story was being reported on, the Special Investigations Unit (SIU) reported on an event from September of last year where Peel police shot and killed a man they said was waving a knife. No knife was found on the scene. An officer later reported that he had taken the knife from the hand of the dying man, put it in a brown paper bag and took it to the station before the SIU arrived, breaking all the rules about tampering with evidence.

The Peel chief said there would be a review of the appropriate police procedures. That’s the usual excuse instead of saying the officer had been fired for doing something that was entirely wrong. The police have even refused to identify the officer who took the knife. The SIU said there was no crime so there was nothing it could do.

The mandate of the SIU is only to investigate police activities to determine if a crime was committed. It isn’t permitted to determine whether police acted foolishly or unreasonably, which happens too often.

When the SIU determines there is no crime, police authorities go back to sleep and dream of the world as very well policed.

In early July Toronto police shot and killed a man who had a hammer. He was using the hammer to complain about noise from a neighbouring apartment. The small apartment building where he lived entirely houses people with mental issues, something one expects police to know. All the reports say that the man was shot dead within a minute or two of police arriving.

There was none of the de-escalation and talking rationally and reasonably with the person as police managers say officers are trained to do and is now Toronto police policy, at least in writing.

It is as though none of the outcries about events over the past 15 years where police have killed someone in mental crisis, including the last year’s Iacobucci report on the killing of Sammy Yatem, has had any impact. Police carry on as though killing a few people every year is just one of the costs of so-called “good policing.”

As Mike McCormick, head of the Toronto Police Association keeps telling us, most interactions between police and people work out just fine, so he can’t understand why people are upset. It’s like saying, “Our automobiles function well 99% of the time, so why complain when they go out of control once in a while?”

It is unclear how or when any of this will change. The Toronto Police Services Board can’t be described as a body that is serious about creating a better police force. TPSB approved good new policies to severely restrict carding in April 2014, but never got ex-Chief Bill Blair to implement those policies.

Then in April 2015 TPSB repealed those changes to re-institute the bad carding practices.
Then in embarrassment, it re-adopted the good April 2014 policies in June 2015.

But the new chief, Mark Saunders, has still not implemented these policies. As the baseball commentator says when the story has become muddled, Who’s on second?

The provincial government must fill the vacancy of the former chair of the TPSB, Alok Mukherjee, who resigned effective Aug. 1, and as usual hope springs eternal that the appointee might be strong enough to make change, although putting the weight of the challenge on one pair of shoulders is a bit unfair.

It’s not confusing, it’s tiring and depressing. The harm police cause when they act inappropriately damages many people. I wish there were more reasons to hope for better police outcomes.

John Sewell is a former Mayor of Toronto.
His new book

Previous: US knew there were no weapons of mass destruction in Iraq
Next: John Sewell’s book and how he and friends saved Toronto (Video) 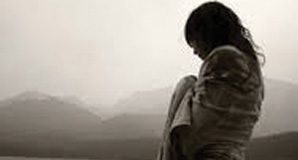 A simple plan for Manitoba’s restless Cree and Metis youth