A simple plan for Manitoba’s restless Cree and Metis youth

Posted by: Bulletin Editor May 4, 2015 Comments Off on A simple plan for Manitoba’s restless Cree and Metis youth

I grew up in the 1950s and 60s in River Heights, an affluent neighbourhood in Winnipeg Manitoba.

Manitoba is a Cree province. Many of Cree descent are Metis, that is specifically American Indian and either French, Scottish or English or, as we called them, half-breeds. They also lived in River Heights, literally on the other side of the tracks.

It was a miserable, dirt-poor existence. Their shelters were tarpaper shacks, they were dirty and all had a similar smell. I can’t name the smell but I remember it and somehow I liked it, I still like it when I think of it, it’s familiar.

Outcasts in the bitter cold: I don’t know what we were thinking; there were “they” and there were “we,” period.

Gladys Nolan was a Métis friend when I was a little girl. I don’t imagine too many white girls had Indian or Métis friends to take home but I did from time to time. She was in my class at Montrose Elementary School. I was around 11 and Gladys was a large ungainly girl, easily a foot taller and probably 13 or 14. And somewhat knowledgeable in carnal ways.

I think sex came early to the aboriginal girls, partly because aboriginal families slept close together. Once because they slept in wigwams or tepees and at that time because of poverty, 3-dog-nights in bone-chilling cold. I remember once going home after school with Gladys and no one was home, just the two of us. We stood in front of the long mirror in my parents’ room bare-naked looking at ourselves. I guess I was getting some kind of lesson but I don’t know what it was and as far as I know that’s all there was to it although perhaps it meant more to Gladys.

The reason someone as old as Gladys was in my class was not because I was so advanced, rather Gladys was not advancing. This underclass sent their children to school beside children from privileged families but probably no one expected much, not them, not the teachers and certainly not us.

Poor, underprivileged, hard to educate—conquered, with early exposure to sex. It was and is a different world.

So here we are in the year of Our Lord 2015, having decimated a culture desperately trying to get itself back together; those who aren’t completely incapacitated. Easier to break than to put back together it appears.

What to do then with the Aboriginal children who are wards of the state? The state is as cold a mother as it sounds, the witch’s tit, especially in Winnipeg.

It could be more like mother though. Manitoba Family Services Minister Kerri Irvin-Ross claims she cannot by law detain anyone. Okay, that’s weak, that’s an excuse. Surely there is something between complete abandonment and detention. There is. This could be implemented immediately.

First, install a police officer in any hotel where there are children who are wards of the state. Choose that officer carefully. He or she should be able to hang around constructively.

An officer of course would and could uphold the law but the officer could do more than that. A stable paternal presence could be a force for good. Preferably it would be someone older who would know his charges by name. “Hi Tanys, are you going out? I sure hope to see you at 10. Anyway, have fun. Don’t do anything I wouldn’t do.” Now Tanys knows (somewhere in her mind) someone knows she has gone out and would like to see her again. Of course this will be an evolution of thought; this will take time.

Secondly a room should be appointed to an elder. This could be either a paid or a volunteer position. I would be surprised to find that there are no grandmothers or grandfathers who would be willing—indeed happy—to do this. Again, this is a major presence in the lives of these children just because they are there and available.

You need a common room with a big TV, video games, computers. A place to hang out communally that is not a mall.

What about meals? Is there a dinner hour? Breakfast? Children need to be fed. If there is something being served especially for you, you might just show up and eat. 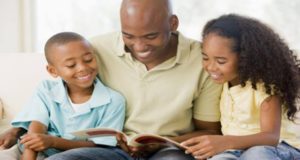