Posted by: Bulletin Editor August 11, 2018 Comments Off on Native American or not: a DNA challenge

I was motivated by my mother’s stories to learn if I was part Cherokee.

When I was growing up, my mother frequently spoke of her Native American ancestry. She claimed to be one-eighth Cherokee and often said that qualified her to live on the reservation.

I loved knowing that I was part Native American; and it contributed heavily to my sense of self-esteem. I always took 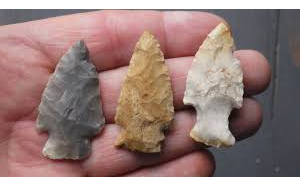 the Indian side during neighborhood games of Cowboys and Indians. I collected arrowheads, learned archery, and dressed as an American Indian on Halloween. My most prized possession was an authentic arrow that was hand-made by a Native American with flint arrowhead, reed shaft, and real feathers. I bought it from the museum store in the town of Cherokee, North Carolina which was a beloved vacation destination for my family. And, my favorite television show was Daniel Boone because his best friend was a Cherokee named Mingo.

As I got older, I wanted to authenticate my Cherokee heritage. One day when I was a teenager, I got my mother to sit down with me at the kitchen table and map out her family tree on a piece of paper. I was surprised by how little she knew about her family. I had heard the story about her grandmother being half Cherokee hundreds of times, so that day I asked her for details.

I asked her which of her grandmother’s parents was the Indian, and she said she didn’t know. Nevertheless without any proof, my mother maintained a steadfast belief until her dying day that she was of Cherokee descent. Something created that belief in her, and I was motivated to find out.

As I’ve mentioned before in this column, I got the “genealogy bug” after my mother passed away and I found among her possessions a box full of very old photographs that I’d never seen before. I sorted the pictures and found some photos of Ida’s parents. The Native American was clearly not Ida’s mom who was a blue-eyed blonde. The black and white photos of Ida’s dad showed a grizzled old man who looked like he could’ve been any nationality: Native American, European American, even African American. In fact, based on the facial features, I was leaning toward African American which made sense to me because the Cherokee Nation took in a lot of runaway slaves and let them claim to be tribal members.

I then got down to the hard work of research. It turned out that Ida’s father was of German descent; I found the paperwork that traced his family back more than a hundred years to Bavaria in Germany. I thought that was the end of it, then I heard an oral history that Ida’s husband Ryle had a great-grandfather who had been born on a Indian reservation in Alabama, and someone by that name was on one of the official Cherokee name rolls. Mother’s great-great-great-grandfather may have been Cherokee. That was the end of the road for my research, and left a big “maybe” as to whether my mother and I had Native American ancestry.

Then a few weeks ago, my cousin (on my father’s side) had her DNA tested for ancestry. I had looked into doing that over a decade ago, but decided it cost too much. She told me the cost had come down, so I acquired a test kit and sent in my sample. I was so excited and looking forward to learning of my Native American ancestry and vindicating—authenticating—my mother’s belief.

The results arrived a few days ago. I’m so disappointed. I’m 100% European; and unless there are errors, or something I don’t understand about DNA testing, then Mom is too. That leaves unsolved the mystery of why Mom was so convinced that she was part Cherokee. I believe I have learned the answer to that.

Ida’s great-great-grandfather immigrated to America in the mid 1700s and settled in Virginia. His son, Ida’s great grandfather, moved to eastern Tennessee in 1810. That area of eastern Tennessee was populated with many Cherokee people. He settled in the same valley where Sequoyah, who created the Cherokee alphabet, lived. They probably knew each other. Two of his sons married Cherokee women which meant the family had a great deal of contact with the Cherokee people. My mother’s mother grew up in the same farmhouse her great-great-grandfather had built. I surmise that my mother, when she was a little girl, heard the stories of how her family closely interacted with Native Americans, and from there the fantasy of her grandmother being half Cherokee grew into a sincere belief.

It’s weird to believe something for most of my life, then find out it’s untrue. I guess I’ll have to resign myself to being mostly Scottish, but I’ll always feel an affinity with the Native American people.

— Robert Evans Wilson, Jr. is an author, humourist-speaker and innovation consultant. He works with companies that want to be more competitive and with people who want to think like innovators. Robert is the author of …and Never Coming Back, a psychological thriller-novel about a motion picture director; the inspirational book: Wisdom in the Weirdest Places; and The Annoying Ghost Kid a humorous children’s book about dealing with a bully. For more information on Robert, please visit here.

Previous: Why is courage important?
Next: Oil fatcats enriched by Trans Mountain deal