Posted by: Bulletin News June 12, 2017 Comments Off on Martial arts on a mission: The Okichitaw Project 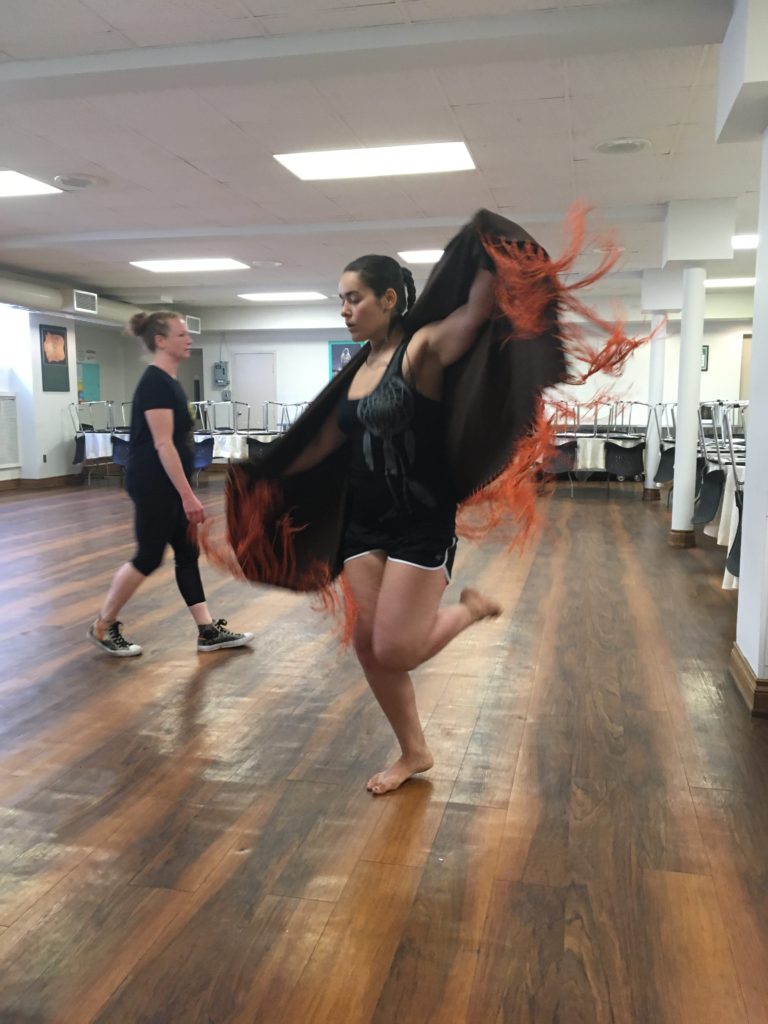 Toronto resident Candy Blair, practicing dance after an Okichitaw class at the NCCT.

“I’ll be doing Okichitaw until I’m in my grave.”

The Canadian Aboriginal martial arts system of Okichitaw (pronounced Oh-key-chee-tah) was developed and established in the early 1990s by George Lépine, a professional martial artist living in Toronto. The practice is based on different indigenous fighting techniques and aims to “empower the student as a Warrior of Peace.” Lépine has intimate ties to its origins.

“I started learning some of this stuff in the late seventies through a couple of uncles that talked about certain types of movements of our community, particularly in the area of Plains warfare. One of the challenges that we had at the time… [was that] a lot of the time that we were showing these practices, or any type of traditional activities, they were technically just coming out of being prohibited…people were still very cautious.”

This is no exaggeration. An example of one of these prohibitions would be the “Potlatch Ban.” According to the Canadian Encyclopedia, the ban took its place in Canadian legislation in 1885. It banned the practice of the potlatch, an expression used to describe various traditional indigenous ceremonies, such as naming a newborn child or the welcoming of a new chief. Each ceremony includes dancing, feasting, and other festivities. Lépine says indigenous activities such as Okichitaw were often done “underground” for fear of being prosecuted.

Fast-forward to today, where Lépine has been teaching the program at the Native Canadian Centre of Toronto. Located just north of Bloor and Spadina, the centre has been offering training in martial arts since the 1990s and has had over 1500 people participate in Okichitaw. Lépine is determined to ensure that practice is available and remembered for ages to come.

“It’s incredible where Okichitaw has come now … the journey’s been incredible. But it gets to the point where as you get older, you’re going, ‘Well where is this captured?’ We need to document it.”

In comes Meegwun Fairbrother. Fairbrother, a Canadian actor and filmmaker, was taught by Lépine, and wants to bring the practice back home.

“I grew up on a lot of Northern communities in Ontario. And then I came to school here for university at York. But it was always my intention to go back to the reserve and to do work on the reserve, because that’s what built me as a person.”

However, it wasn’t a straight path to Okichitaw for Meegwun.

“I knew about Okichitaw for a long time, but I wasn’t ready to walk into the circle myself. I didn’t feel like I was worthy of it. That was something that I had to reckon with, and then I finally said you know what, I’m ready, it’s time for me to start learning this. I saw the potential of what this could do for people, what this could do for our communities.”

Fairbrother and Lépine have teamed up to carry out what they’re calling “The Okichitaw Project”. The first phase involves creating an official video series of the Okichitaw system. Once complete, the duo intends to travel to ten First Nations communities across Ontario to hold workshops while promoting the video series, both resources to be offered for free.

The last stage of the project would have a select few from the communities they’ve visited travel to Toronto to undergo intensive training, with the objective being that they’re confident enough to starting teaching Okichitaw to others once they return home.

Lépine and Fairbrother hope that enough funding is raised through government grants and public donations to get the project off the ground this summer.

Lépine knows that the ripple effect aspect of the project could be the start of Okichitaw’s modern legacy, while empowering communities across Ontario, and hopefully over time, across Canada.

“If we can take these traditions, and teach them through modern methods involving a positive environment, it’ll make our communities flourish in the future. You drop that pebble, and those waves gotta go somewhere…that’s what we’re trying to do here.”

To learn more about The Okichitaw Project, you can visit its Kickstarter page at https://www.kickstarter.com/projects/256295606/the-okichitaw-project-indigenous-martial-arts-vide?ref=city.

Editor’s note: The funding target for the project had to be met by Thursday, June 15th at 12PM as an “All or Nothing” campaign. TheBulletin.ca has checked with Kickstarter and as of June 16 the goal was not achieved. 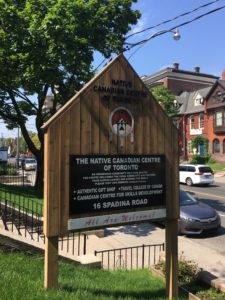 Outside shot of the main entrance of the NCCT. 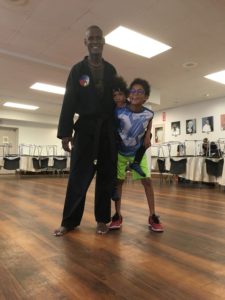 Toronto resident and father Ian Yorke with his two sons, all students of Okichitaw at the Native Canadian Centre of Toronto (NCCT). 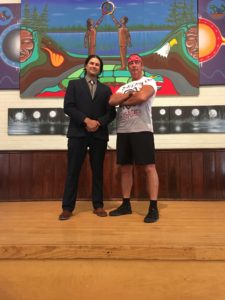 Become a patron of local news by sponsoring articles like this one. Patronage—at any level—allows us to hire writers and develop as much independent and original Downtown Toronto content as possible. Patrons may opt to take credit for an article to let others know that they support community media. Email us at info@thebulletin.ca or call (416) 929-0011 for more information. Thank you!
First Nations George Lépine Kickstarter martial arts Meegwun Fairbrother Native Canadian Centre of Toronto Okichitaw sports 2017-06-12
Bulletin News

Previous: Do you use products made with child labour?
Next: Private clinic patients pay thousands in extra user charges 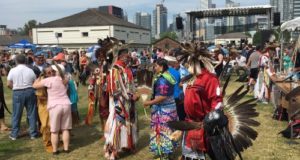