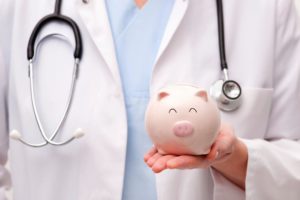 Surveys of hundreds of private health clinics and patients across Canada reveal that extra user fees amounting to hundreds or thousands of dollars are threatening access to health care and hurting patients.

These charges are forbidden under the Canada Health Act. But the report, sponsored by health coalitions across the country, found evidence that at least 88 clinics in six provinces are charging extra user-fees. Two-hundred and fifty Ontario patients also detailed instances in which they were charged for care. Many reported experiencing financial hardship as a result.

The report, “Private Clinics and the Threat to Public Medicare in Canada” is available online at: www.bchealthcoalition.ca/node/376

The report reveals that British Columbia and Quebec have the highest number of private clinics charging patients extra user fees.

“We found that the majority of private clinics are charging extra user fees to patients,” says Adam Lynes-Ford, BC Health Coalition Campaigner. “Costs for patients in the private clinics are exorbitant – up to five times more than those in the public system.”

Lynes-Ford notes that B.C. is also home to a legal challenge now underway in BC Supreme Court in which Dr. Brian Day’s private clinics, found to have illegally billed patients almost half a million dollars in just 30 days, are seeking to strike down the rules that protect patients from such fees.

The Canadian Health Coalition points out that under Canada’s Public Medicare system, provinces are required to protect patients against unlawful user charges and extra-billing.

“The federal government is obligated to uphold the law and has the power to penalize provinces that fail to comply,” says Adrienne Silnicki, National Coordinator of the Canadian Health Coalition.

In addition to calling for federal and provincial action to protect patients from illegal billing, the health coalitions are urging governments to make better use of public hospital capacity and improve home and community care to reduce wait lists and improve timely access for patients.