Do you use products made with child labour?

Posted by: Bulletin Editor June 12, 2017 Comments Off on Do you use products made with child labour?

You could be using products made by child labour and you wouldn’t even know it. A new gut-wrenching report was released today revealing that every year Canada imports around $34 billion worth of “risky products”—everyday goods with a high likelihood of being produced with child or forced labour.[1]

Unlike France or the UK, Canada doesn’t have laws that force companies to publicly reveal their 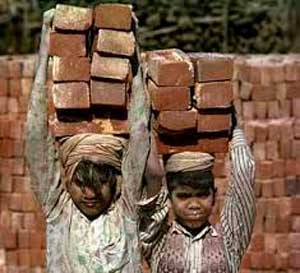 Children are exploited and forced into harsh, dangerous jobs.

supply chains to prove their goods aren’t made by child labourers—even though 91% of Canadians want tougher legislation.[2]

Trudeau knows that a super majority of Canadians support stronger legislation, and this new report will spark stories in the media as well as questions for government around its position.

If thousands of us come together to speak up now, it could be the tipping point to get the government to enact modern child labour legislation that requires companies to disclose where they sourced their products and whether child labour was used.

Nuts, bricks, bananas, textiles. These are just a few of the products made by children around the world.[3] Your breakfast this morning could have been grown, picked, produced or packaged by a child who should be in school. Instead she’s toiling away in deadly factories or wallowing away on sun-drenched mega-farms.

The International Labour Organization says that over 85 million children are suffering in dirty, 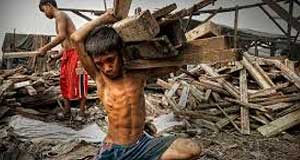 Are you contributing to child exploitation?

dangerous and degrading work—and another 5.5 billion are coerced, trapped and intimidated into jobs which put their lives and futures at risk.[4]

Solutions to child labour aren’t exactly simple, but one of the best, simplest, first steps governments can take is to require companies to be publicly transparent about their products: where they come from and how they were made.

Other countries have done this, but Canada’s still lagging behind. As our politicians have been twiddling their thumbs, the amount of child labour products Canadian companies are importing has significantly grown—by 31% over the past five years. We need action now. Sign.

If enough come together to speak up, we can get the Trudeau Liberals to make this issue a priority and take swift legislative action: https://act.leadnow.ca/child-labour/

— Brittany Smith on behalf of the entire Leadnow team

Previous: What are you missing?
Next: Martial arts on a mission: The Okichitaw Project