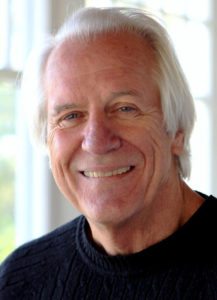 Citizen engagement is breathing new life into our democracy

In the midst of political upheaval and the uncertainty that arises from Brexit and Donald Trump’s presidency, local author Bill Freeman calls for participatory democracy in Democracy Rising.
Freeman argues for a nationwide movement where citizens challenge elite control of the political process by participating actively on political issues. His experience as an activist, sociologist and writer has led to his insights on how we can create a more democratic Canada through the engagement and participation of ordinary people.
Freeman has already earned endorsements from MPs and activists for Democracy Rising, with MP Adam Vaughan stating: “Bill Freeman champions the idea that it is possible to achieve social justice democratically through organizing from the ground up.”
Bill Freeman is an award-winning Canadian urban issues writer. He has written 21 books, including The New Urban Agenda. He is a winner of the Canada Council Award for Juvenile Literature (now the Governor General’s Literary Award) and a past chair of The Writers’ Union of Canada. He lives on Toronto Island.
2017-03-03
Bulletin News
Previous: Gadget Zone: Lenovo Yoga Book is cool tech for winter blahs
Next: Crystal Ballroom King Eddy hotel’s crowning glory