Having lived in southern California for 25 years before returning to my native Calgary, the U.S. presidential election results hit me hard. Like the majority of those on my social media feeds—and presumably much of the mainstream media—I had much faith that a clear majority of Americans would reject the often divisive, hate-filled messages of the Trump campaign.

And judging by cross-border conversation and most of those in my work and social circles—journalists, academics, artists, entertainment industry types—clearly felt the same.

Instead of remembering to fight for social justice for all, liberals unwittingly narrowed their focus to suit their prejudices

But as despair over the results turned to introspection, I’ve come to realize that the earnest fight for diversity and inclusion by my liberal-leaning friends and me—as with the Clinton team—had turned into smugness. It’s this smugness that repelled some in the working class from voting for many democratic candidates—including the supremely qualified Hillary Clinton. Further, it no doubt contributed to nearly half 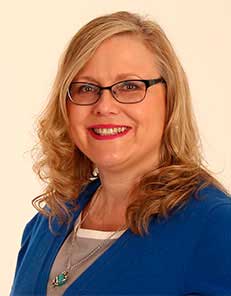 Shauna Snow-Capparelli teaches media ethics and the impacts of journalism on society as an associate professor of journalism at Mount Royal University. A former Los Angeles Times reporter, she maintains close ties to her adopted homeland.

of the U.S. electorate sitting out this most vital of elections.

I have long refused to accept criticism from the right that social justice-focused liberals—a group that does include much of the media, by the way, simply because of its fit with our underlying mission to fight for the public interest—were mainly privileged elites who didn’t care about “the little guy.”

But just as I now refuse to believe that the quarter of voting-eligible Americans who picked Donald J. Trump actually chose to support him for his outwardly misogynistic, racist and otherwise offensive rhetoric, I must now admit that many of us on the other side minimized the struggles of the important group that we saw rise up throughout the Sanders and Trump campaigns: the working class.

Whether by choice or sheer necessity given scarce resources, we’ve unfortunately stuck to our favourite causes, which usually include racial minorities, children, the LGBT community, refugees and others who have faced deliberate discrimination or persecution.

This time, the pollsters and media who predicted a Clinton win—and the citizens who supported her—got caught by just what Glenn Beck and many in the far right have long accused us of intellectual elitism.

We have spoken out against misogyny in our workplaces; we’ve fought for safe spaces for LGBT folks to openly love how and whom they choose; we’ve attended bar mitzvahs, cultural festivals and housewarmings of those of different faiths and hues; and we’ve pitched in to help flood victims, Syrian refugees and others of need in our communities.

But instead of remembering to fight for social justice for all, we’d unwittingly narrowed our focus to our intellectual equals. Similarly educated people with skills and training to excel in the workforce and in the community. People who—while they may be indigenous, Muslim, black or lesbian—are still, at least intellectually, somewhat like us.

We’d forgotten those we don’t often see in our workplaces and suburban communities because they don’t attend our universities, they can’t buy homes in our communities and they don’t take in the same cultural and civic events we do.

Hence, we didn’t hear loudly enough their stories of discrimination, their struggles for daily survival, and the pervasive resentment that had built up with each successive, yet for-them, unfulfilled mantra like “Give the Future a Chance,” “Putting People First,” and “Yes, We Can.”

While rallying so hard against division and hate, Clinton and her supporters were ultimately found guilty of inadvertent exclusion. Not by virtue of race, physical ability or country of origin, but by virtue of having not undergone the intellectual refinement of higher education, nor the resulting benefits of a stable, rewarding career and the comforts of middle-class, intellectual privilege.

Unsurprisingly, whites with no college degree comprised a significant number of voters for Trump. Two-thirds of that group—including a similarly healthy majority of uneducated women—said they voted for the former “Apprentice” star, according to CNN exit polls.

One main ethical principle of journalists is that we “give voice to the voiceless” and tell the stories of those who otherwise wouldn’t be able to speak up. But these efforts most often seek to tell stories of minorities or persecuted groups who have a visual profile as “other.”

Those who have been unable to attain the American (or Canadian) dream simply because they are working-class and uneducated, simply haven’t been given an adequate platform to tell their stories.

Yet without listening to their stories, how can we truly understand their struggles?

Rather than protest results of a democratic election fairly conducted, those of us who value inclusion and true social justice must burst out of our cocoons of intellectual privilege to overcome these shortcomings.

President-elect Trump seems to have appropriately changed his tone since the election. I encourage those of us who seriously want “love to Trump-hate” to do likewise. 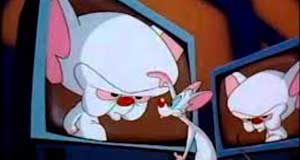 The cross-border battle for brains begins