Posted by: Bulletin News June 6, 2017 Comments Off on Bell in Brief: Killer coal dust once darkened our Downtown

The burning of coal at the gigantic Consumers Gas complex—some of which still survives in the Berkeley and Front area—blackened the rich marble and brick facades of almost every building in Toronto.

It was also coal gas that killed thousands every year as it entered people’s lungs and put the city under a thick dirty fog for the next hundred years.

Today after much redesigning and urban renewal the former gas complex is home to 51 Division Police Headquarters, the Canadian Stage Company and the Canadian Opera Company with its lovely garden complete with a Victorian-inspired gazebo.

Ironically in the middle of this belching, pollution making gas works was the sweet smelling Dalton’s Jam factory. 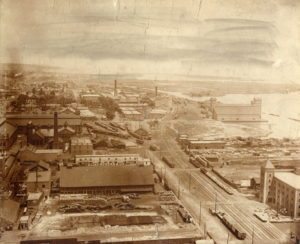 Consumers Gas complex in the Berkeley and Front area c1890. 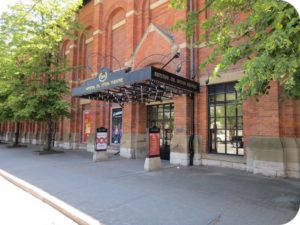 The former Consumers Gas building on Front Street has been transformed into office and rehearsal space for the Canadian Opera Company. 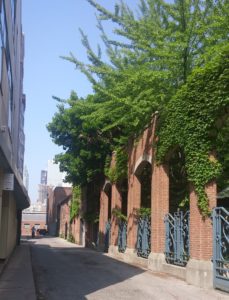 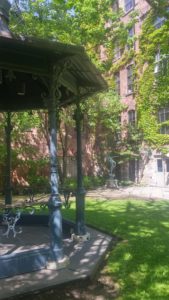 The beautiful gazebo and park built where gas and jam were once made. 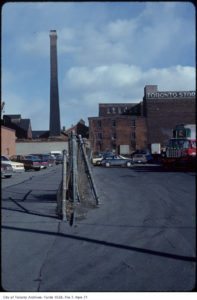 Transforming the Consumers Gas complex into the Canadian Stage Company. 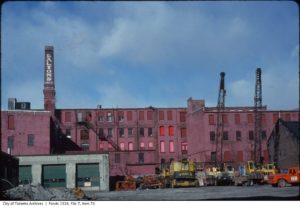 Previous: BIA members can get grants, training from Starter Company Plus
Next: Everybody’s Got A Story: A Celebration of Canadian Women In Music